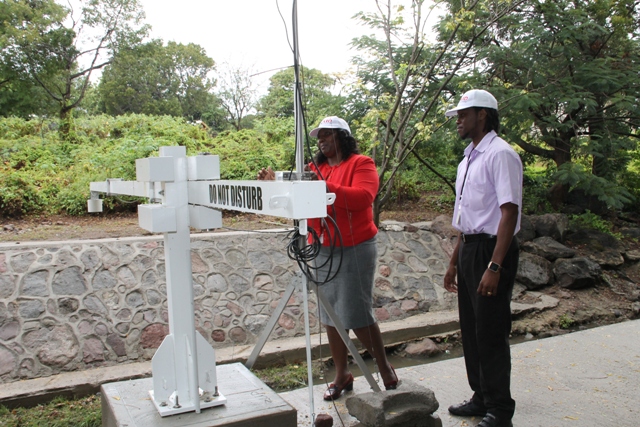 He noted that the data collected would be used to help predict floods or droughts in the near future for Nevis and neighbouring islands.
Arnold used the opportunity to thank the American people, through the USAID project in collaboration with the OECS Commission, on behalf of the Director Dr. Didacus Jules for their generous support for the project.
Also present were Ted Lawrence, USAID Director for the General Development Office for Youth, Citizen Security, Climate Change in the Eastern and Southern Caribbean and Julie Limoges, Political/Economic Officer at the Embassy of the United States of America to Barbados and the Eastern Caribbean.