CHARLESTOWN,  NEVIS–(TUESDAY, May 31st, 2011) Minister of Communications and Works on Nevis Hon. Carlisle Powell reported to Nevisians and friends of Nevis in Leeds, that development of water has been excellent under the Nevis Reformation Party (NRP)-led Administration.  He made the announcement on Sunday at a town hall meeting hosted by the Nevis Island Administration (NIA) at the West Indian Center in Chapeltown, England.

“In mid 2009 to mid 2010, the Caribbean islands were affected by one of the worst droughts that we have experienced in the past 50 years. There were shortages in water from Jamaica in the North to Guyana in the South. Even islands with rivers were badly affected but due to the efforts of the Parry-led Government, we in Nevis enjoy a good supply of water 24 hours a day, seven days a week!

“How did we do this? We cleaned the old wells, we repaired leaking reservoirs and broken pipes, we met an eight-inch line between Fothergills and Golden Rock, which was reduced to a six inch bottleneck up to Stoney Hill. We replaced the six inch line with an eight inch and that alone allowed us to move more water,” he said. 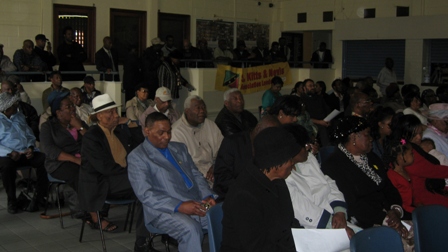 The Public Utilities Minister further noted that the NIA negotiated and signed a contract with Bedrock Exploration and Development (BEAD) to drill new wells and supply an additional 1 million gallons of water per day.

He explained that on entering office, the sitting Administration met an agreement between the former Administration of the Concerned Citizens Movement (CCM) and BEAD for $US3.00/1,000 gallons of water.  However, the contract was renegotiated for the same water to be sold to the new government at $2.50 per 1,000 gallons. The new agreement saved the Administration almost half a million dollars. 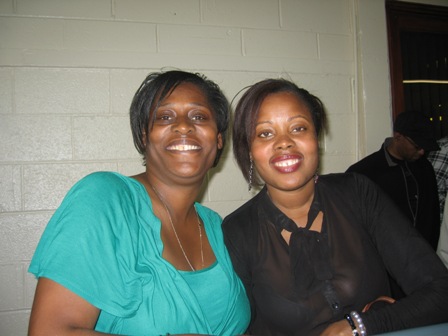 “I provided the facts because we want people to realize that without the BEAD wells, the Government would have had to ration water,” he said.

However, for the most recent project for water development on the island, the Administration in conjunction with the Caribbean Development Bank recently launched a major upgrade to the water system on Nevis. 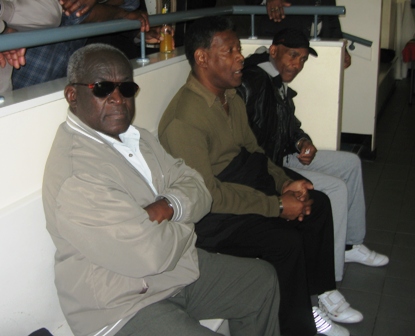 Under the project a number of new reservoirs with a capacity of each holding 300,000 gallons of water for a total of 1.2million gallons of new storage will be constructed; the network of transmission and distribution lines will be upgraded, new pumping stations will be constructed, a new chlorination system will be provided; a new supervisory control and data acquisition (SCADA) system will be introduced; public education, technical assistance and the installation of groundwater monitoring wells will be throughout Nevis

On completion, the project is expected to bring an investment of EC$29.6 million into the Nevis economy and will be the single biggest investment in water in the history of Nevis

On conclusion the Minister stated that the delivery of water was one of the biggest successes of this government led by the Premier of Nevis, Hon. Joseph Parry.