The Hamilton impersonator came to Nevis on an invitation from the Nevis Historical and Conservation Society (NHCS). Executive Director of the Society Evelyn Henville, gave some background information at the event about Dr. Chrystal and his visit to the island.

“In collaboration with the Nevis Tourism Authority and the Alexander Hamilton Awareness Society in New York, the Nevis Historical and Conservation Society invited Dr. Chrystal and Mrs. Chrystal to Nevis… 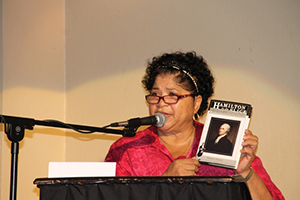 During his presentation, Dr. Chrystal spoke of Alexander Hamilton’s accomplishments throughout his life before and after he left Nevis.

Throughout his impersonation of Hamilton, this is some of what he said in his Hamilton voice.

“As the first secretary of the treasury, I started a marine revenue service.”

“I also instituted a Bank, I always knew we needed a bank … the National Bank was the second part of my plan.”

Dr. Chrystal also donated copies of “Plutarch’s Lives” to all schools on Nevis. He said Hamilton read volume one and two of the book which he used as a guideline throughout his life. 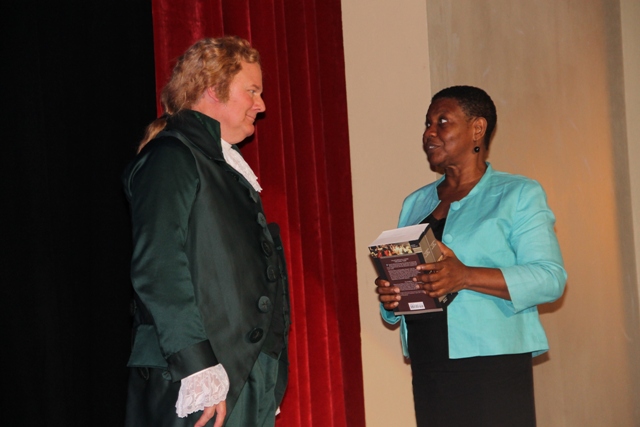 Principal Education Officer in the Department of Education Palsy Wilkin accepted the books on behalf of the schools and expressed thanks to Dr. Chrystal.

“Thank you for coming so far to really enlighten us on the life and times of Alexander Hamilton,” she said. 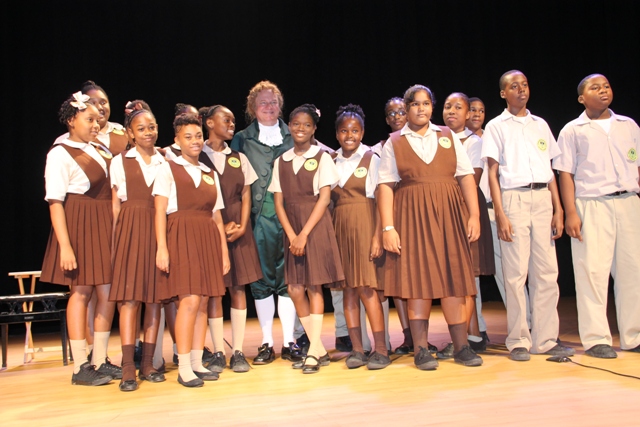 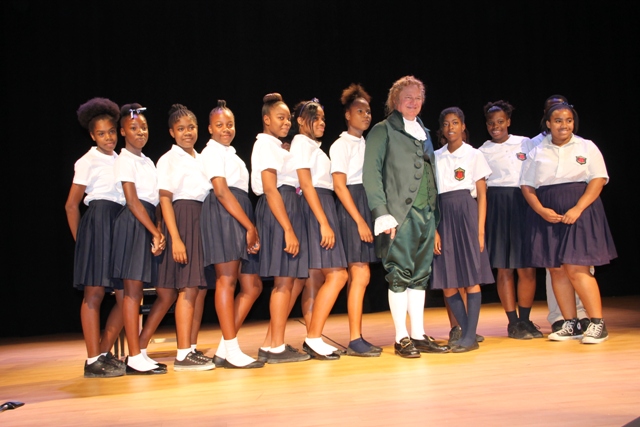