CHARLESTOWN NEVIS (November 2, 2010) — “What else can that family take?” “Lord, why Channy?” are just some of the many questions being asked today after information surrounding the death of 19 year-old Chantelica Thompson surfaced around Nevis.

Thompson, originally from Brown Hill Village was at the time sharing a dwelling house in Pond Hill Village with her boyfriend, Delvin Wilkinson, their infant daughter and her younger sister who attends the Charlestown Secondary School.

The incident was reported to the Charlestown Police Station at 9:50 am and Thompson was pronounced dead by District Medical Officer, Dr. Chandy Jacobs just 40 minutes later.

Head of the Criminal Investigation Department on Nevis, Inspector Andre Mitchell told the Department of Information that Thompson “was found lying in the house in a pool of blood. She was fully clothed and officers observed what appeared to be a stab wound.”

While Inspector Mitchell remained tight-lipped about the location of the stab wound and the number of stab wounds, he said that the details would be released following an autopsy on Thompson’s body.

“We cannot say exactly what the motive is,” he said, but when asked if the allegations of domestic dispute were correct the CID Inspector responded, “that is a possibility but we are exploring other motives.”

Investigations into the sudden death of Thompson are ongoing and the Department of Information has confirmed that Wilkinson has been detained as a suspect in the crime.

Even after Thompson’s body was removed from the premises by a hearse belonging to the Elliot’s Funeral Parlour, Thompson’s former coworkers of Brown Hill Communications continued to arrive at the crime scene where they wept with family members and friends of the deceased. 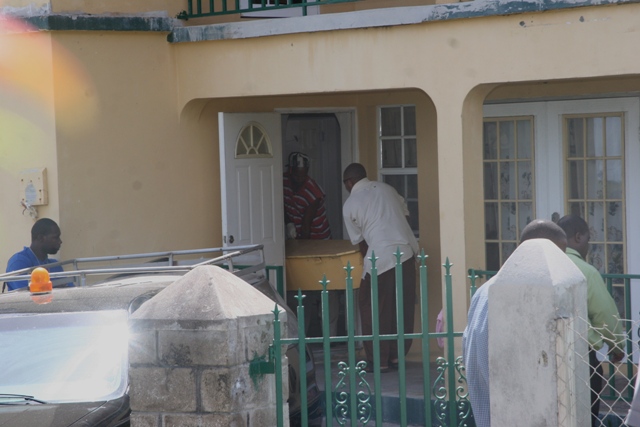 Body of Chantelica Thompson being taken away

Thompson’s death brought the murder toll on Nevis to five compared to three murders in 2009. It is the 21st murder, for 2010, in the federation of St. Kitts-Nevis. 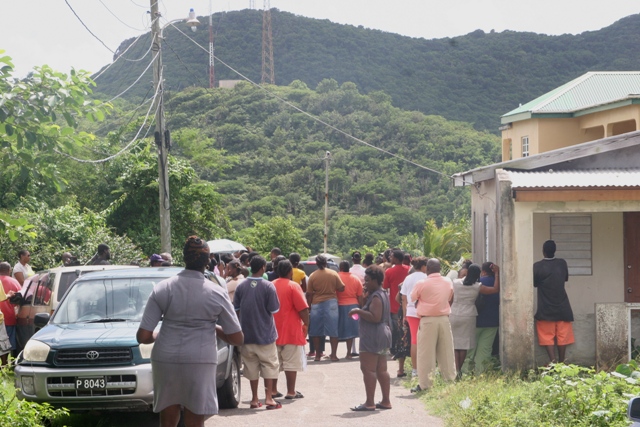