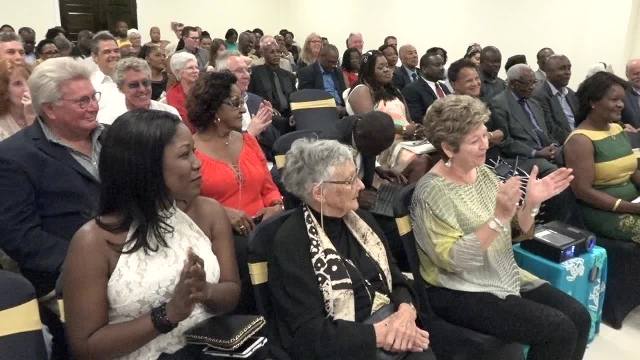 “I want to say thank you for doing your part to put Nevis firmly on the map and so we are very grateful to you,” he said.
The film was produced and directed by Robin Bextor, director of New Wave Pictures Limited based in the United Kingdom.
Among those present at the event were Jeanette Grell-Hull, Hansel Manners and Marvin Chapman who assisted with the film, Production Manager Helen Kidd, St. Kitts and Nevis Ambassador to the United Nations His Excellency Sam Condor, Wife of Premier Amory Mrs. Verni Amory and Mrs. Sharon Brantley