Dr. Daly was at the time delivering remarks at a two day Agri-business Workshop on July 12-13th, 2012, at the Department of Agriculture’s conference room at Prospect. The course was sponsored by the Caribbean Agricultural Research and Development Institute (CARDI) in collaboration with the Department of Agriculture. He noted that the workshop would further enhance what the farmers had already learnt over the past 18 months.

The Permanent Secretary, himself a farmer, spoke to his own experiences with budgeting.

“When I started farming in 1992, just like everybody here, the prices that we charged were inherited, there was no Math associated with costing. I simply asked what was the going price for X, Y or Z and that was the price. So I followed in the same footsteps perhaps you have followed, in arriving at a price for the sale of your products and in trying to understand your overheads,” he said.

Dr. Daly contended that clearly there was something missing from discussions held over the years which concerned costing, agri-business and bookkeeping and believed it to be a hidden factor he referred to as Factor X, which had to consider the economies of scale.

He said the high cost of production on Nevis and the high cost of food was an issue that was always discussed. However, if one discussed them side by side with imported items, it was probably true given the fact that Nevis imported food from places with large tracks of land and thousands of hectares under production. As a result the Economies of Scale would dictate that they could charge less per unit.

“We in the smaller countries in the Caribbean, we have no such expanses of land but yet we are forced to compete on a global market with smaller land spaces, higher cost of production and therefore, we must be careful when we start to calculate what the cost to purchase a crop is. 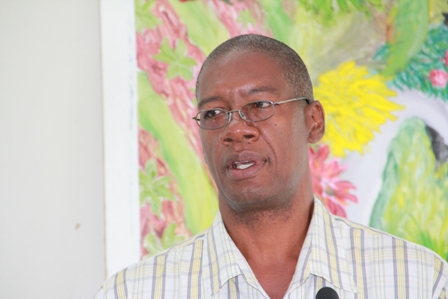 “We simply cannot look at only the cost of inputs, there is a hidden factor in there that we must contemplate and discuss because then it gives a bit of benefit to the farmers, the producers, agro processors the horticulturists that says because we are small, you must build in a factor in it for being small. It might seem common sense to do that but it is not so common because we have not done it yet after all these years of discussion. That is why farmers are resisting any discussion about bookkeeping, any discussion about costing because,” he said.

Dr. Daly noted that if the academic principles which governed costing were applied in the absence of including the hidden “Factor X”, they would get no results from farmers and producers simply because the small size of the island and the small level of productivity were not being considered.

He said farmers of America and Europe had the same intention as those on Nevis which was to generate income for their families and their survival. Therefore, if their formulas were to be applied mathematically in Nevis there would be no production and that was a fact.

The Agriculture Permanent Secretary expressed hope that “Factor X” could be determined during the workshop thereby placing participants in a better position to take advantage of their small size and the small level of productivity.

Meantime, Director of Agriculture on Nevis Mr. Keithley Amory, in his remarks welcomed the workshop and stressed on the importance of agri-business in the entire spectrum of agriculture development and like Dr. Daly noted that over the years they were trying hard to make farmers and others in agriculture become business.

They had come to the realisation that many lacked an integral part of agriculture in basic record keeping skills. As such a number of workshops had been held by his Department. In addition financial institutions had began requesting business plans from farmers who sought financial assistance. 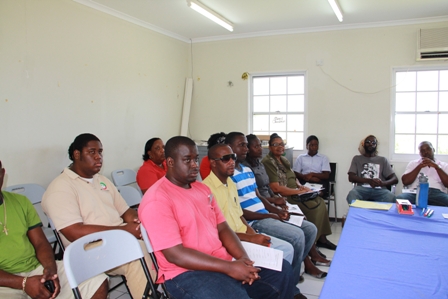 “So I for one welcome this course that CARDI has put on. I do hope that you lend a very close ear to the facilitator and really learn and ask questions really be proactive in asking those questions because to me this agri-business course will help you with your small enterprises. It does not matter if you are doing it just for your home use because in that way you would still be able to know how much money that has been expended on whatever you are doing at home or as a business,” he said.