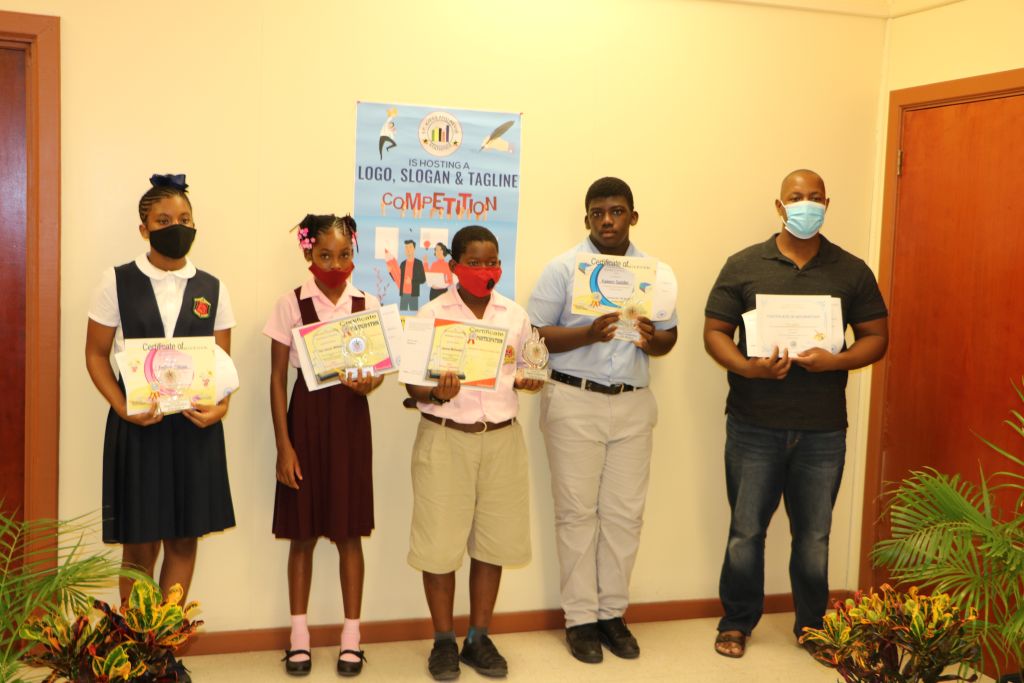 Charlestown, Nevis (November 10, 2020) The Department of Statistics within the Ministry of Finance in the Nevis Island Administration recently held a logo, a slogan and a tagline competitions for all residents on Nevis. The competitions were launched through various media outlets and ran from 16th September to 7th October 2020.

The logo competition was open to persons of all ages, while the slogan catered for secondary and tertiary students.  In addition, the tagline competition catered for primary school students ages 9 to 12.

Having received multiple entries for each competition, the entries underwent an extensive screening process by a panel of judges for each activity.  The Department received excellent responses from all participants and the outcomes were based on an average point basis.

On Caribbean Statistics Day, October 15, 2020, the winners received their winning prizes during a brief but significant ceremony held at the Department of Statistics. The ceremony was graced with the presence of the Permanent Secretary of Finance, Mr. Colin Dore, who also presented the tagline winners with their awards.

The logo that emerged as the winning entry was designed by Mr. Troy Jeffers.

The tagline that emerged as the winning entry was “Stop Fuss, Census Involves All of Us”. It was produced by Miss Taz-Jaune Wilkin, while the runner-up entry was crafted by Mr. Jamual McDonald. His entry was “Think Fun, Positive Interaction for Census 2021”.  Both winners were from the Elizabeth Pemberton Primary School and that school won a cash prize.

The Department of Statistics expresses its profound gratitude and extend congratulations to all participants for their high interest and creativity.