“I believe the computers would enhance the performance of the students, and I hope the students understand the importance of owning the computers, caring for it and using it appropriately,” said Premier Parry.

The Federal Ministry of  Education on Thursday handed over 722 computers to the Permanent Secretary in Education  Mrs. Lornette Queeley-Connor and Minister in the NIA Mr. Dwight Cozier, which were distributed to first, second and third formers at the Charlestown, Gingerland and Lyn Jeffers Secondary Schools later in the day. 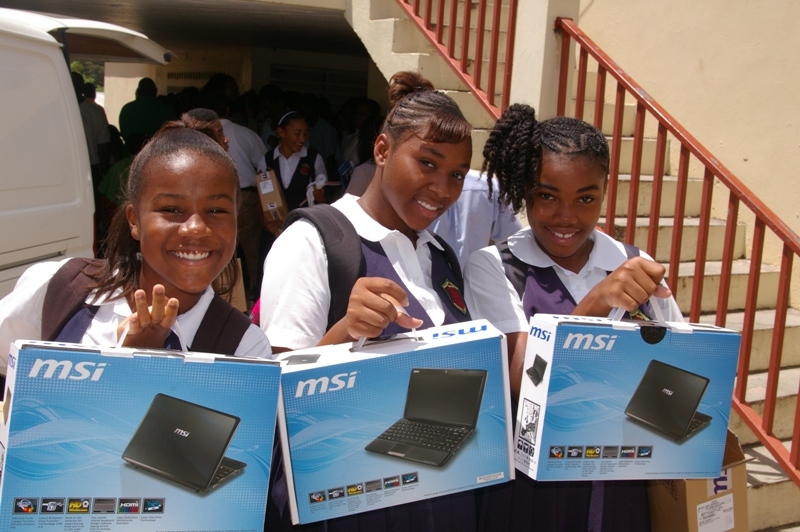 Thursday’s distribution marked the final phase (on Nevis) of the  One-to-One Laptop Program which was initially an initiative of the Federal Government. It was, however, expanded to include high school students on Nevis, through the negotiations of Premier Parry and the Nevis Reformation Party-led NIA, with assistance from the Federal Attorney-General the Hon. Patrice Nisbett.