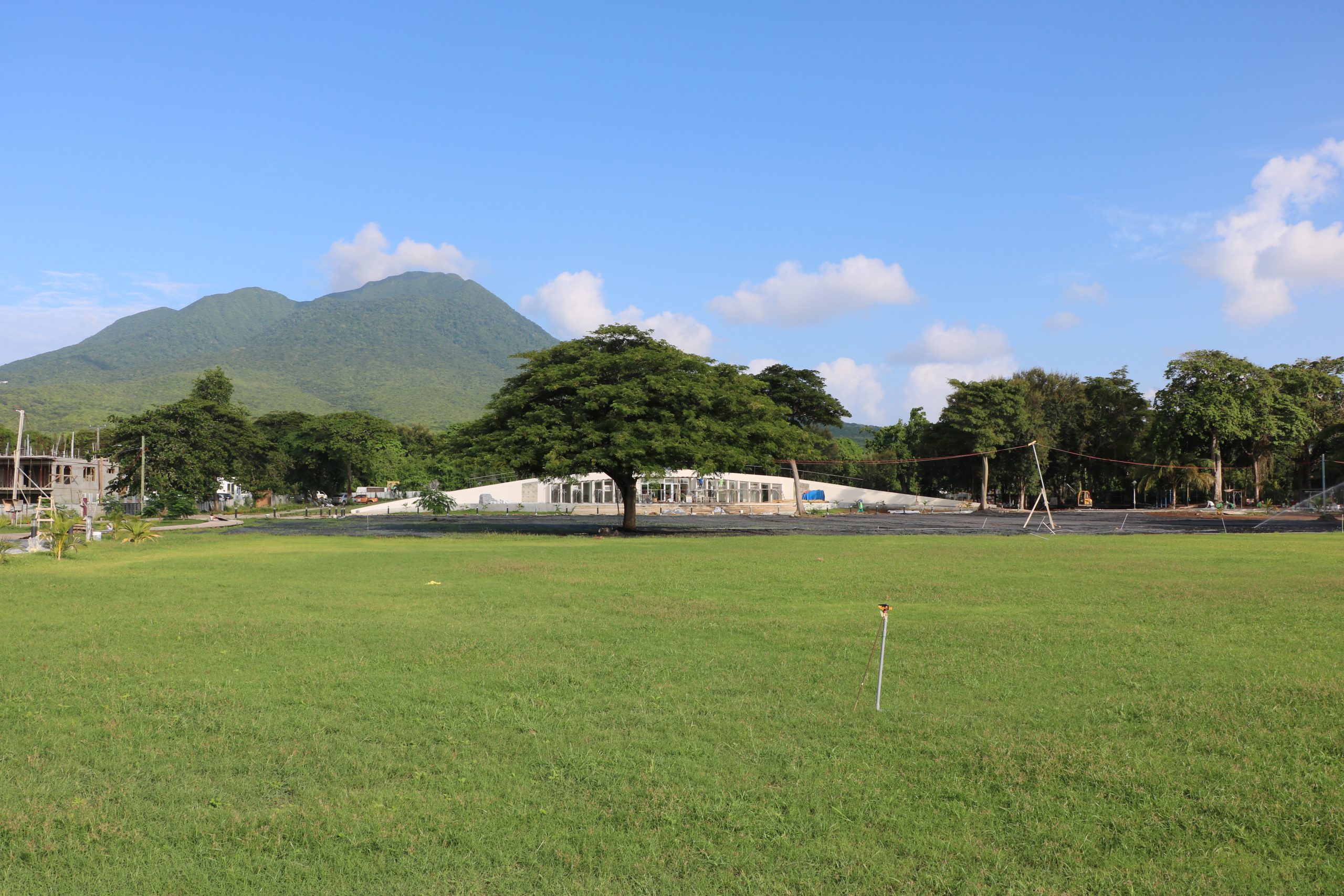 Ongoing landscaping work at the Pinney’s Park Project on October 28, 2021

NIA CHARLESTOWN NEVIS (October 29, 2021) — Mr. John Hanley, Permanent Secretary in the Ministry of Tourism on Nevis is describing the response to applications for employment at Pinney’s Park as overwhelming.

The ministry had early in October invited applications for employment in the positions of landscaper, receptionist, public area attendants and security officers as it was in the process of recruiting persons at the park which is due to be officially opened in December 2021.

“In total we received over 300 applications. However only 268 of those made it in before the stipulated deadline. We originally intended to keep the applications open for a period of two weeks, however, after the first two days it quickly became apparent that we were going to have an overwhelming response, and therefore we had to revise the deadline which was originally supposed to be the 22nd of October. We had to revise that to the 13th of October…

“Unfortunately, we can only select a small portion because only a very small team we would be able to employ at the park,” he said.

Mr. Hanley explained that for the time being the ministry’s interest is in persons who meet the requirements in landscaping.

The Tourism official noted that later on they will focus on the other groups of employees.

“That would be the security officers, the public area attendants who would be taking care of the bath rooms and the other public facilities and we will also be selecting our receptionist.

“So as time goes by, we will notify the applicants of those who have been successful,” he said.

On September 29, 2021, the ministry announced the appointment of horticulturist Mr. Dane Sandiford to manage the park with effect from October 15,2021. He was selected from a shortlist of 11 candidates.

The Taiwan International Cooperation and Development Fund (ICDF) is overseeing and executing the project which when completed will serve as a a recreational destination for residents and visitors.