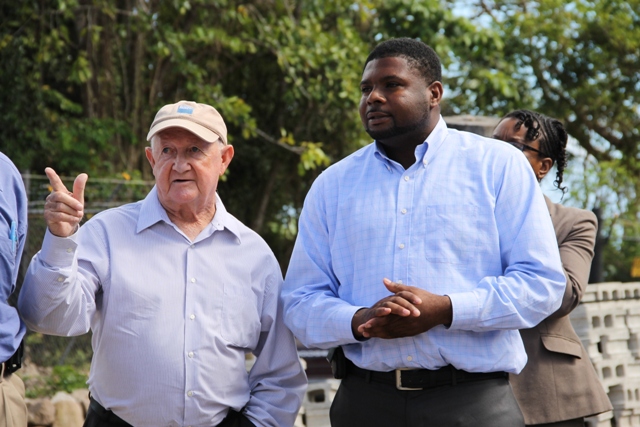 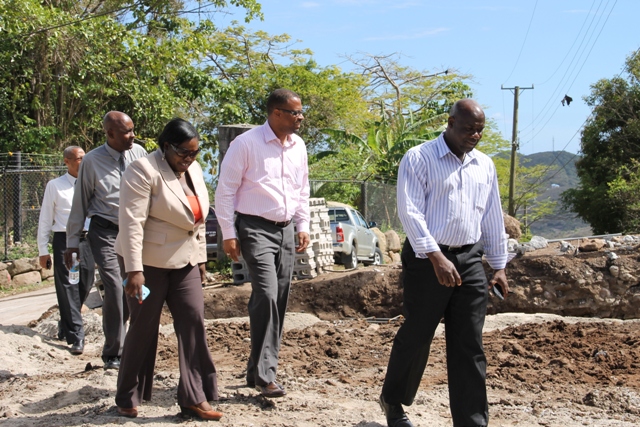 “We have made some significant progress on the project in terms of the tanks and we want to give the members of Cabinet a first-hand look at exactly what the money is going towards purchasing,” he said.
The Junior Minister acknowledged the importance of the Water Enhancement Project to the people and what it meant for to the Nevis Water Department.
“This project is very significant to the people of Nevis because we have had water challenges over the years and when this project would have come to an end we would have increased the capacity of the Water Department to store one and a half million gallons of water more per day. 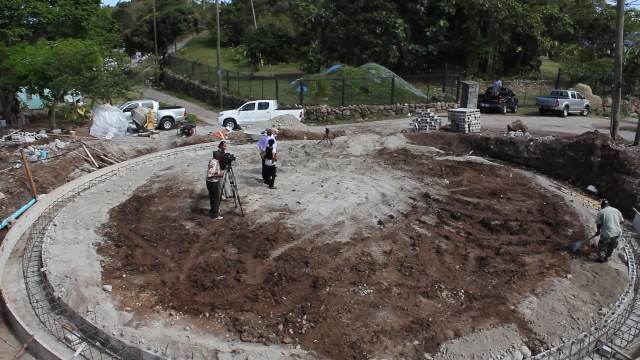 “So that is a very significant thing to our people and we just wanted the Cabinet to have a real feel of exactly what is being done. We have heard a lot of talk about the water project and we wanted people to have a first-hand look, a first-hand insight,” he explained.
Meantime, Acting Premier of Nevis Hon. Mark Brantley, in brief remarks, spoke to the Department of Information about the tour.
“Unfortunately the Premier is not on island and so the rest of Cabinet have been brought on this little tour by Minister Liburd to show us, to update us and indeed the public, on the ongoing massive water enhancement and development project this Administration has undertaken… 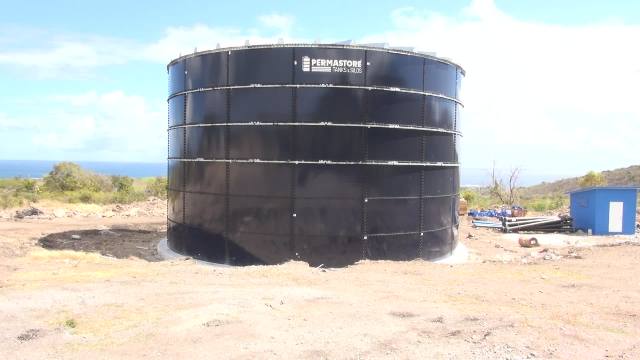 “This is a significant project which is forward looking. We are looking at, of course, the overall development of the island and we thought it was important for the Cabinet to come and see and for the public by extension, to recognise the significance of this project and what has been happening,” he said.
In an invited response to whether he was satisfied with the manner in which the project was progressing, Mr. Brantley answered in the affirmative.
“Yes, I think we are very pleased. Of course, Cabinet gets periodic updates as to what is happening from Minister Liburd and we are particularly pleased because we gather that some tanks are already in place. The Government’s responsibility was to put in place the base…and so we have just come from upper Brown Pasture where one base has already been laid and this base here at Stoney Hill is being laid. 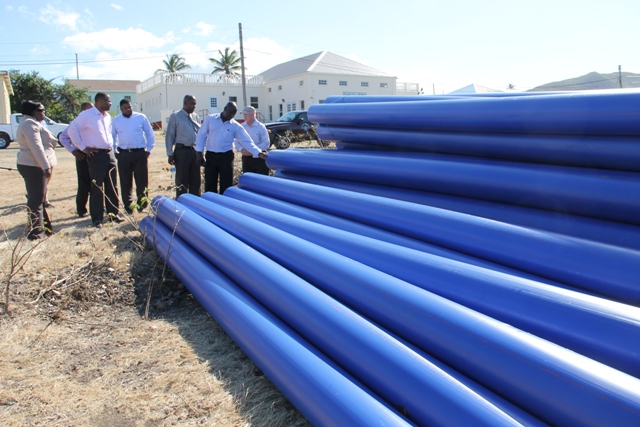 “We expect that the tanks are going to be in place very shortly in Phase 2, and we are going to see some other sites today where the tanks are already in position and in place. So significant progress is being made,” he said.
Phase 1 of the Water Enhancement Project commenced at the Spring Hill site on July 6, 2012 with preparatory work for the construction of a 500,000 gallon reservoir. It was the first of four reservoirs to be constructed under the project with the others at Maddens, Stoney Hill and Morgan Estate. Also under the project was the construction of two pumping stations one each at Fothergills and Camps.
Also present on the tour were Manager of the Nevis Water Department Roger Hanley, Project Coordinator Brian Kennedy, Principal Assistant Secretary in the Ministry of Communications and Works Denzil Stanley and Michelle Walters Assistant Secretary in the Ministry of Communication and Works.