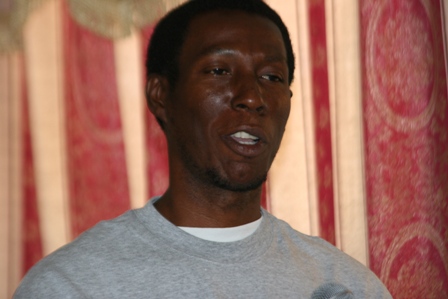 NIA-CHARLESTOWN NEVIS (March 18, 2011) — At least three churches on Nevis have taken an active role to turn youths away from deviant behaviour. Representatives from the Wesleyan Holiness Church, the Church of God Eden Brown and the Crossroads Community Church made the disclosure at a Symposium on Crime on March 10, 2011 hosted by the Premier’s Ministry in the Nevis Island Administration.

The Symposium which was the second to be hosted since May 2010 under the theme “Reclaiming our Society”, brought together a number of persons from the public and religious sectors and private citizens including a representative from the expatriate community on Nevis, to report on progress made since the first meeting.

Pastor Euclid Lawrence of the Crossroads Community Church at Brown Hill, indicated that youths in the area were offered spiritual guidance and other practical lessons. 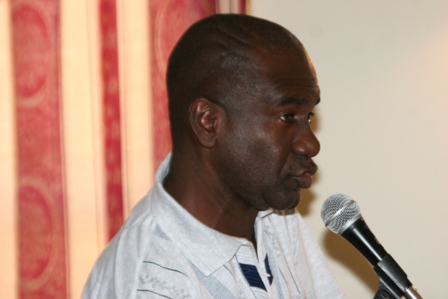 “From the Cross Roads Ministry we are still endeavouring to help the young people who are struggling and one of the things we did, was in the Electrical Programme.  We collaborated with the Ministry of Social Development to do something with the computer in that particular area of St. Johns, so that the guys who were not involved at all and didn’t know anything [about the computer] were able to come and share in that.

“So we are not only giving them Jesus but we are trying to give them some practical things that they can work with.

Pastor Davidson Morton listed several initiatives the church had laid out for the youths which he said took the form of an aggressive programme in music which was geared toward development of the male child in particular.

“At the Church of God at Eden Brown we have seven boys right now that are involved in keyboard music. The church has gone even further, we have purchased keyboards for these boys and we are paying the price to ensure that they get the training so it is not the responsibility of the parents to pay for this.

“The church has gone further, the church has purchased 20 acoustic guitars and it is encouraging the boys in particular to take up guitar music. Right now we have 10 persons who are involved in guitar classes on Monday evenings and we are hoping to expand that,” he said. 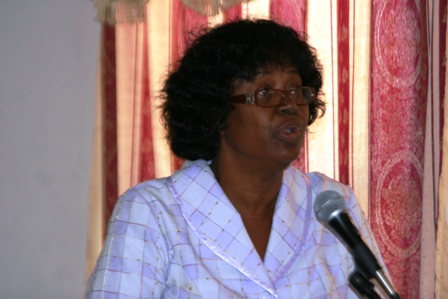 In the area of Cox village, the Church of God Eden Brown expanded its initiative with a steel pan programme. Pastor Morton explained there were at least 10 children engaged in steel pan music. The pan instruments were bought by the church a tutor was also paid to teach the children pan.

He said two weeks ago, the church held a Billy Graham Programme called “Operation Christmas Child” which brought together 175 children. They were given gifts  but the church hoped to follow up to help the children understand that the programme was not only about the gifts but about developing themselves.

The Church of God Eden Brown was also providing tuition for some boys involved in blowing trumpets.

According to Pastor Morton, the Church launched a banking programme for the youths to teach them frugality and plans are afoot for a vocational school.

“The church has also launched its own banking system where we are encouraging teenagers to bank with the church. Of course in the regular traditional banking system, when you go to the teller they never ask you ‘well why you taking off all this money for?’ So the church has launched this banking programme to encourage teens in particular to bank with the church and when you come and you want $200 somebody can ask you, ‘What you going to do with all this money? You just get pay and you still coming for a next $200?’

“So since the meeting we had last year, the church has been trying to do some non traditional things to ensure that we harness the skills of our boys. We are also hoping that we could have a vocational school and I am certain that the church in the not too distant future is going to find the money to launch the programme,” he said.

Meantime, Pastor Salome James in her presentation explained that the Wesleyan Churches in St. Kitts Nevis District had active Youth Departments for youths 13-35 years old with diverse programmes. They met on a weekly basis.

“We have religious, non religious social, all types of programmes and all of our programmes are geared at reducing and decreasing the crime in our society. We also have an active Education Hour. It is traditionally known as Sunday School but it has developed into an education hour from 9-10 in some churches and 10-11 in others and this happens on a weekly basis,” she said.

Pastor James also pointed to another initiative called “Bond with a Boy” instituted by the Wesleyan Men’s Department. The objectives of that programme include mentorship, career supervision and spiritual direction.   She noted that the men recognised that a lot of the boys in the church did not have resident fathers and were in need of direction.

“It is a weekly hair cutting programme. Some boys, their hair may not be well groomed because maybe the parents don’t have the time. Whatever the reasons, Pastor Peter Paul… meets with the boys every week, have a social time they laugh, eat, clap and then it’s time to cut the hair for the next week for them to go to school and have them well groomed,” she said. That programme will be officially launched in April at Cotton Ground Village during the Church’s annual District Crusade,” she said.

Pastor James also spoke of the Christian Life Club (CLC), a uniform body whose members met weekly. The emphasis is placed on discipline, spiritual and moral values, self esteem, self control and also a love for their church and it stood for with regards to its identity.

The Wesleyan Pastor also made specific reference what has been done at her pastorate in Charlestown.