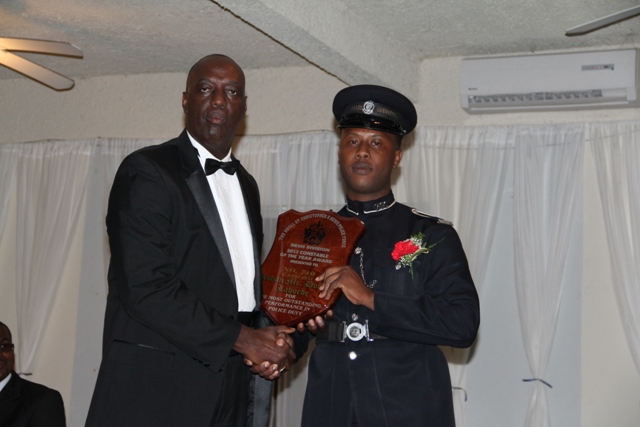 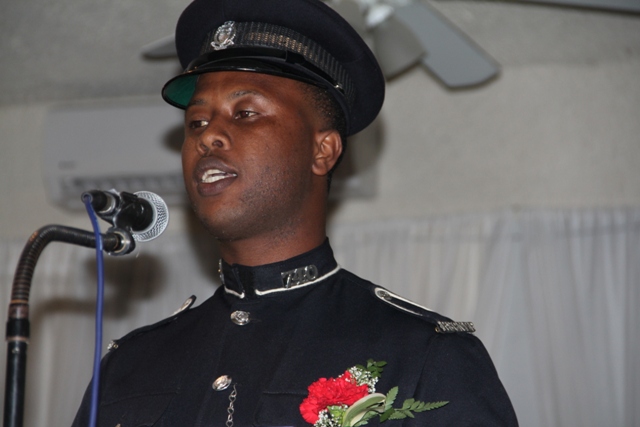 “I will not accept it with the belief that I have reached the top but will accept it as a source of encouragement to keep on working hard,” he said.
He also thanked God for what he had done for him and his family in St. Vincent.
“I would like to give God praise and thanks for every single thing he has done for me for without him I would be nothing…Special thanks to my friends and family back in St. Vincent, especially my mom who has supported me in every way throughout my life. To Sgt. [Alonzo] Carty and Sgt. [Eurita Collins-] Percival, I say a very big thank you for believing in me and nominating me to receive this award.
“There is a saying that goes like this ‘Beside every strong man there is a stronger woman.’ However, to you my loving girlfriend, I must express a world of thanks for motivating me to be a better worker, a better daddy to our baby and more so for being a better man. I love you,” he said.
However, Constable Laborde while he thanked his co-workers did have some words of advice for them.
“I have started lifelong friendships with some of you and will never forget all those memorable moments we have shared. Thanks for the very enjoyable cricket, football and basketball matches as well as the food and drinks. Most of all thank you for having my back.
“As we move forward, let us remind ourselves that we are a team and we are working together to serve and protect the people,” he said in conclusion.
Other Constables nominated for the 2013 award were #461 Dave Bedford from the Cotton Ground Police Station, #504 Royston Isaacs of the Charlestown Police Station,  Woman Police #592 Coretta Harris of the Immigration Department, #697 Devon Jones of the Traffic Department, #735 Lowell Wallace of the Gingerland Police Station, #736 Ronrick Huggins of the Newcastle Police Station, #741 Randolph Diamond of the Criminal Investigation Department, #748 Kerran Nicholas of the Task Force Department and #761 Kennedy Stevens of  Beat and Patrol. 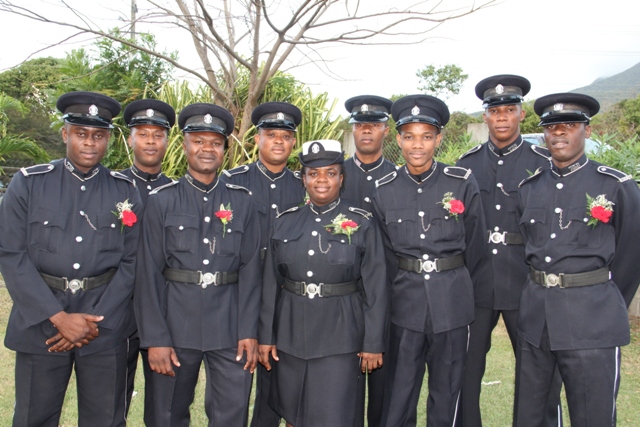 The annual awards ceremony was an initiative of the Strategic Planning Group to recognise junior officers who contributed significantly towards the achievement of its objectives in an effort to stimulate and motivate them to provide the quality of service the citizens, residents and visitors deserve.
The Strategic Planning Group of the Royal St. Christopher and Nevis Police Force, Nevis Division was formed in 2002 when concerns were raised about the escalation of crime on Nevis.
According to the Group’s sitting chairman Sgt. Joel Caines, Heads of Departments and Stations were brought together to review and strategize policing on the island.
“To ensure more effective and efficient policing in Nevis. Weekly meetings of the Group are held to evaluate the progress of these initiatives,” he said