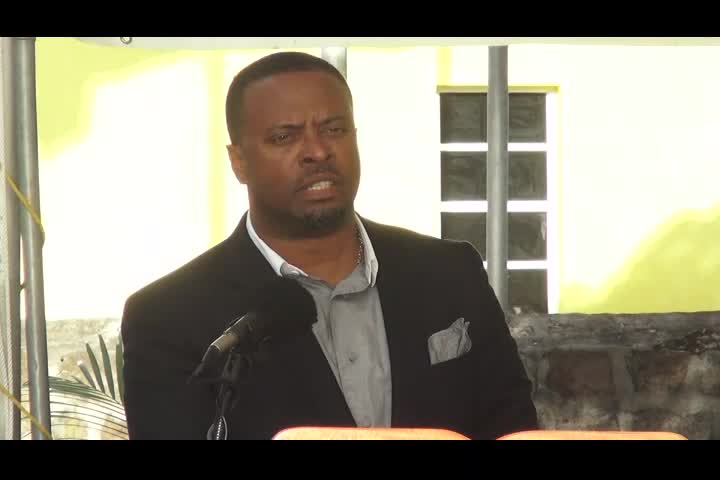 Deputy Premier of Nevis and Minister of Culture in the Nevis Island Administration Hon. Mark Brantley
NIA CHARLESTOWN NEVIS (February 28, 2014) — The Nevis Island Administration (NIA) has reiterated its commitment to working with the Nevis Historical and Conservation Society (NHCS) in preserving the island’s culture and heritage.
Deputy Premier and Minister of Culture Hon. Mark Brantley gave the assurance on February 25, 2014 at an awards ceremony hosted by the Society on the grounds of the Alexander Hamilton Museum on Samuel Hunkins Drive.
“Premier Hon. Vance Amory who regrettably could not be here, he has however asked me to convey his regard and convey the fact that we, as an Administration, are committed to working with the Nevis Historical and Conservation Society because we value it as an organisation. 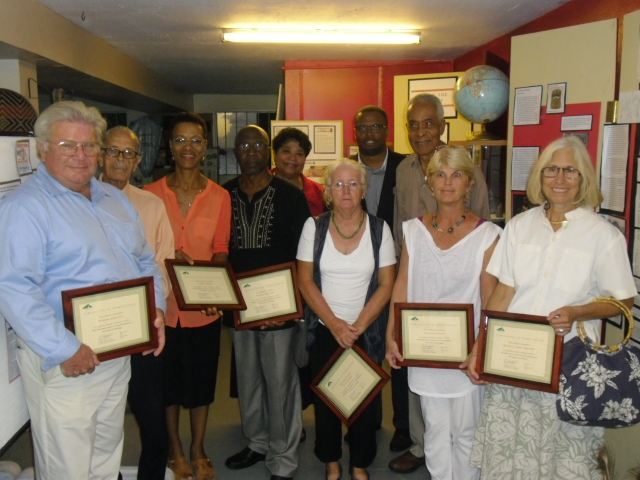 “We see it as an organisation which embodies what we are seeking to do which is to build but at the same time preserve; to understand that what we have is valuable and that in building, in growing and developing, we ought not to lose that which makes us Nevisian. So we thank you very much and we commit to continue that partnership and to be part of what you do here,” he said.
During the ceremony, a number of persons who had volunteered their services over the years to the 30-year-old Society were among those honoured. Mr. Brantley.  The Culture Minister thanked the awardees for their contribution which made the Society what it had become 30 years later.
“We have people like Hanzel Manners, Beverly Parry-Robinson, Isabel Byron, Jenny Lowery, Susan Gordon, Lloyd Hezekiah, Herman Liburd, Richard Lupinacci and Arthur Evelyn, all of these individuals who have been awarded today are being awarded because of their long service to the Nevis Historical and Conservation Society.
“I thought it important to mention them by name because it is because of the service that these individuals have given why we are able to stand here today and say that this Society is 30 years old and continue. It is because of the selfless service of these individuals that they have put their mind and their efforts into building something bigger than themselves why we are here today to celebrate,” he said. 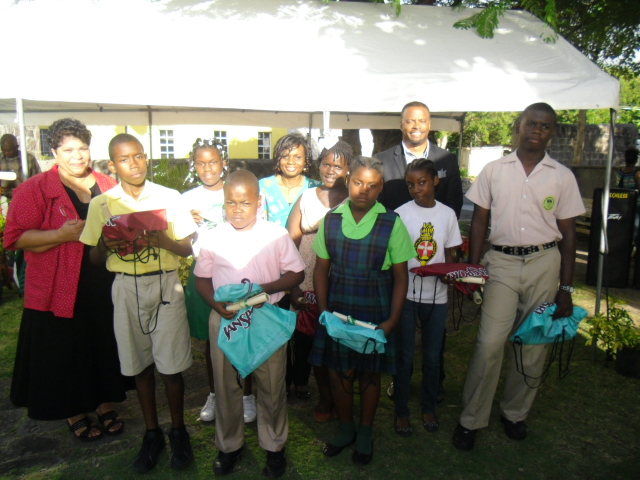 Mr. Brantley contended, that it was easy to forget what happened in the past but it was important to remember the past.
“It is very easy sometimes to say this is the now and we forget those who 30 years ago, merely had the idea and who had to put in tremendous effort to ensure that 30 years on we are celebrating. So for me, it is a critical part of our history and our heritage, that we remember those who contributed much. Those who might have taken an idea, small as it was and planted that idea, watered it and watched it grow.
“So I want to thank Mr. Hanzel Manners, Mrs. Beverly Robinson, Ms. Isabel Byron, Ms. Jenny Lowery, Susan Gordon, Mr. Lloyd Hezekiah, Mr. Herman Liburd, Mr. Richard Lupinacci and Mr. Arthur Evelyn, who are being recognised today but who I am sure, would join with me in saying that this struggle, in this journey, was not just them but others participated as well…because so many have contributed so much in making the Nevis Conservation and Historical Society what it is,” he said.
Also awarded at the ceremony were quiz winners from various primary and secondary schools on the island. The contests were jointly hosted by the NHCS and the Ministry of Tourism in collaboration with Voice of Nevis (VON) Radio.