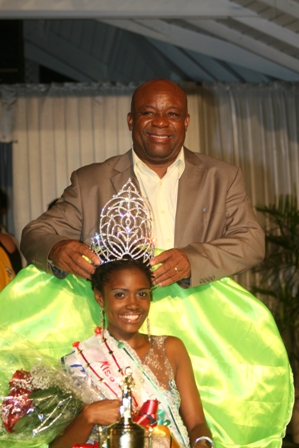 Chairman of the 2008 Festival  Mr. Halsted “Sooty” Byron, told the Department of Information on Monday August 06, 2008, that preliminary indications were that the event from July 25 to August 5, 2008, held under the theme “Participate make it great Culturama 2K8” and the patronage of multi folklorist Mr. Norman Liburd went well.

“I thought Culturama was very successful. Generally speaking beside a few skirmishes the event went well. We had a nice build up to Culturama with the street bashments leading up to the start of the festival. We had great support from the public who came to listen to the local bands.

“We were quite pleased with the high quality and content of all the shows. We were a little disappointed in the attendance at the Cultural Complex, the attendance was not as good as we expected but the Band Clash on August 01 and the Buju Banton Freedom Concert on August 04, were massive crowds in the Cultural Village,” he said.

Mr. Byron referred to the Festival’s Food Fair as “big and well organised” with a record 40 booths and an art and craft section.

With regard to the J’Ouvert jump up he said it was the biggest Nevis had seen in the history of the Festival.

“J’Ouvert Emancipation Jump Up, was probably one of the best and biggest we have had; so too was the Cultural Street Parade,” he said. 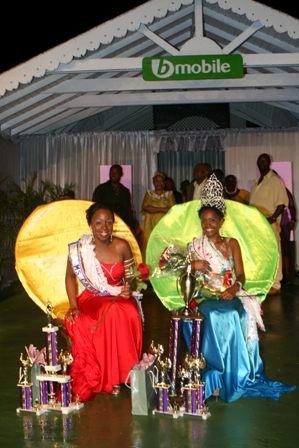 The Best Independence Wear and Best Talent were also awarded to the Charlestown Primary School and the Gingerland Primary School captured the Best Evening Wear.

Meantime history was made in the TDC sponsored Senior Kaiso Competition when De Inspirer copped the coveted crown. The 14 year old who is currently in Anguilla to represent Nevis in the Leeward Island Kaiso Monarch Competition on Saturday August 09, 2008 was followed by 1st runner up Pungwa (Mr. David Patrick) and 2nd runner up Baker (Mr. Alfred Newton).

The 2008 Culturama Festival was first held in 1974 for the revival and preservation of all aspects of the Folk Arts on Nevis. 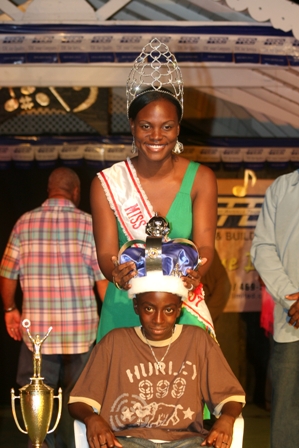