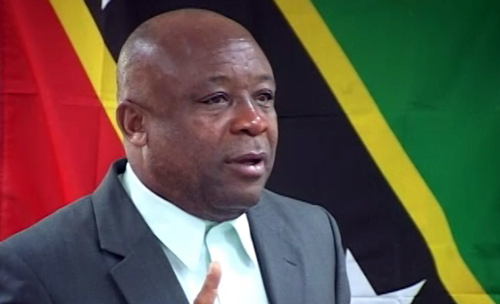 The members of the delegation hosted a town hall meeting where they accounted to Nevisians, the time that they have spent in Government for the last four years and also took time to listen to and address the concerns of their constituents.

Speaking on the issues of Health, Social development, and Security, Minister Daniel outlined a comprehensive set of programs that the Nevis Reformation Party (NRP)-led administration had embarked on in order to tackle the present-day social challenges. These programs include: “Reading Starts with Us, The Homework Assistance Program, Nevisian Pearls, Positive Moves, Empowering Men for Change, Helping Youth Prepare for Employment (HYPE), and Bikes not Bombs.”

He said that plans were being finalized to expand that initiative. “We are going to rename a section of Pump Road after Stuart Williams, another section after Carly Tuckett, the Park in Jessups after Keith Arthurton, the Park in Cotton Ground after Derrick Parry, a part of the road in Cotton Ground after Livingston Sargeant, a part after Tessy Nisbett, and the road in Church Ground after Birlyn Clarke, the first woman to serve in the Government in Nevis. So the idea is, today’s young people, when they grow up, they must know that there was a Willett, who paved the way for everybody from the Leewards, to make West Indies (cricket) team. So we have to drive our history and drive the things that are relevant to us.”

Minister Daniel also spoke about a program that the NRP administration initiated for the seniors. “We have home help care for seniors who can’t look after themselves, where everyday people move into their homes, care for them, comb their hair, make sure they have a good shower, make sure they have something to eat and of course read the Bible to them, sing to them, talk to them, make sure they are kept in the loop.”

“We have a set of men and women 80 years and over playing the steel pan in Nevis. We are the only country in the Caribbean doing this. The seniors now feel energized and you know something, they show up for the practice session on time and they don’t have any confusion with the instructor; they are obedient. Sounds familiar? While they do that we hope that the young people would copy from them.”

Daniel concluded, “Our programs cover people from the womb to the tomb. The opposition says that Government’s expenditure is too high. Ladies and gentlemen, if you change course now, based on the suggestion of the opposition, you risk losing all of these gains that we have made in the area of social development with the aim of tackling the social ills of today and providing care for the elderly. We in the NRP started these programs and we guarantee you that we will continue and expand them.”