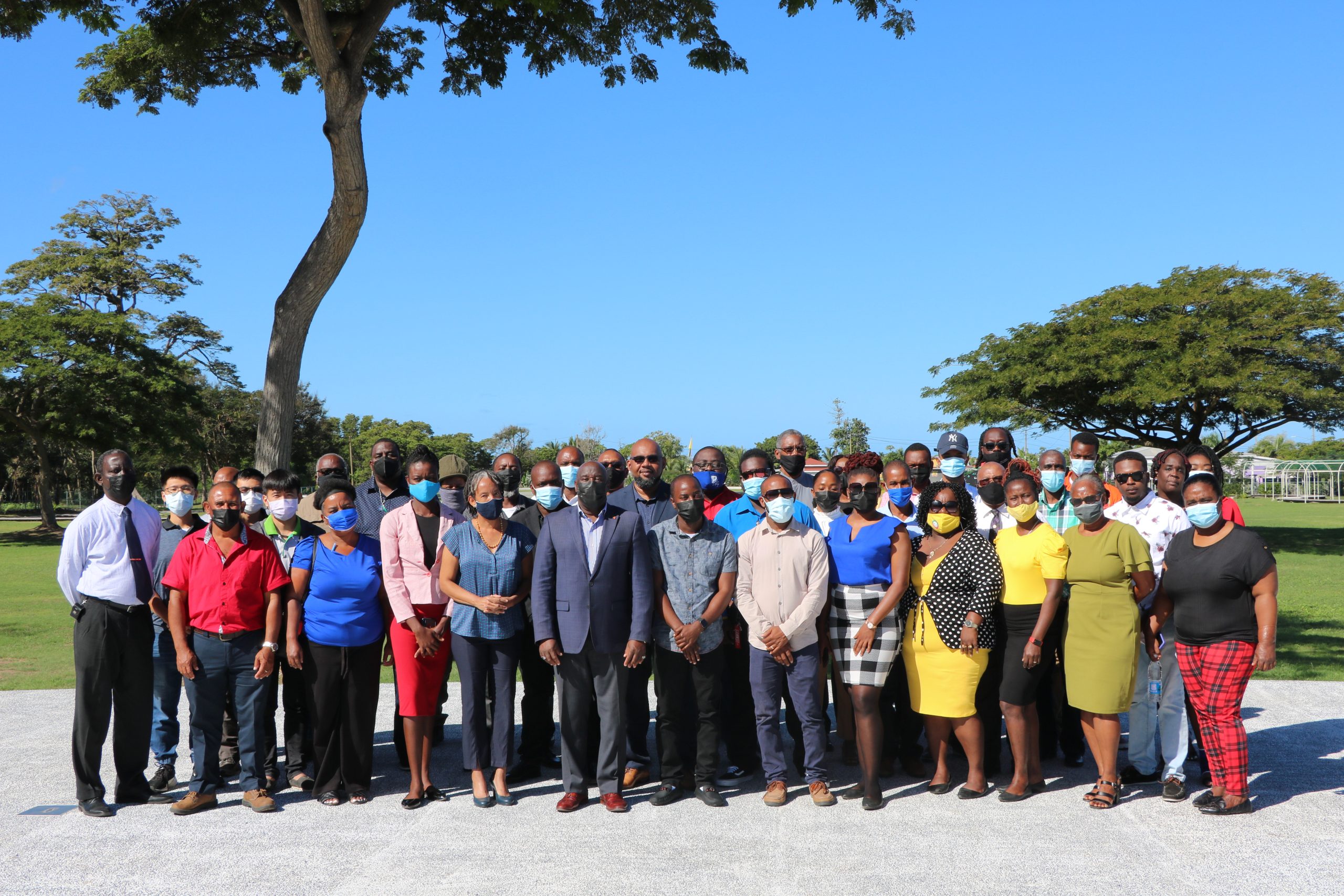 NIA CHARLESTOWN NEVIS (January 25, 2022) – The Department of Agriculture in the Nevis Island Administration (NIA) is today (January 25, 2022) hosting its annual review and planning forum, Agenda 2022, under the theme “Fostering Economic Growth through Innovation”.

During the opening ceremony, Mr. Huey Sargeant, Permanent Secretary in the Ministry of Agriculture, said the objective of the event is to outline to stakeholders the Ministry’s plans for the sector for the year ahead. He also underscored the importance of agriculture to the island’s economy.

“The backdrop to this year’s theme seeks the recognition that agriculture is indeed the most important pillar of our economy. Admittedly, agriculture over the years has not gotten the prominence that it deserves. Food cultivation and production is a foundation activity of every successful economy. Further, while I feel that agriculture is an economic driver by itself, it plays a significant supporting role in virtually every other sector of human activity.

“I welcome you to today’s function and trust that we will take the necessary steps in bringing agriculture its deserved prominence in this economic landscape,” he said.

Deputy Premier Hon. Alexis Jeffers, NIA Minister of Agriculture, reiterated the government’s commitment to support and invest in the sector. He encouraged crop and livestock farmers, and fishers to increase production levels in order to reduce the high levels of imported foods into Nevis.

“In 2022, even though there are challenges, I can safely say that we’ve learned some lessons in 2020, 2021 and the start of this year. We have to look at putting those lessons into actions. I want to say to you that the lessons we have learned and the realities that we are faced with today suggest to me that we have to do more and talk less.

Premier Hon. Mark Brantley also delivered remarks, commending the Minister of Agriculture and his team for their continued thrust in moving the critically important sector forward. He registered his pride with the upward trajectory of agriculture on Nevis, and expressed appreciation to the farmers, fishers and other stakeholders for contributing to the success of the sector.

The Honourable Premier pledged the continued commitment of the Nevis Island Administration to agriculture, and assured that it will remain a priority area in his government’s overall developmental agenda.

Bishop Ron Collins, Permanent Secretary in the Federal Ministry of Agriculture, who led a contingent from St. Kitts, also delivered remarks during the ceremony.

The afternoon session will see stakeholders reviewing the performance and challenges of 2021, and discussing the 2022 work plan, production cycle, market cycle, and economic impact of the sector.

The event, held at the Malcolm Guishard Recreational Park in Pinneys, was attended by Cabinet Ministers of the NIA, other government officials, divisional heads in the Ministry of Agriculture, representatives from allied agencies, and members of the farming and fishing community.