Members of the Department of Agriculture planting a bed of seasoning peppers donated to by the department on Althea “Sally” Parris’ farm at Hard Times, on Community Outreach Day on May 11, 2016, an event in the Ministry of Agriculture’s Agriculture Awareness Month 2016
NIA CHARLESTOWN NEVIS (May 19, 2016) — Staff of the Department of Agriculture and Fisheries exceeded the expectations of Permanent Secretary in the Ministry of Agriculture Eric Evelyn, with their performance during a successful Community Outreach Day on May 11, 2016.
The event forms part of the calendar of activities for the ongoing Agriculture Awareness Month 2016. It is a brainchild of staff members. The day, Evelyn told the Department of Information on May 10, 2016, was designed to give back to the community who, Evelyn says, overwhelmingly supports activities organised by the department throughout the year.
“I must say that I went around to have a look at the different activities and I was heartened. I was extremely pleased with the way the officers approached the activity. All of the officers who were involved were very enthusiastic.
“When I saw the pride that the officers took in doing this work free of cost for the farmers. I must say I was extremely happy, very pleased… and I must commend all of them for their effort and doing so much work on that particular day just for the community,” he said. 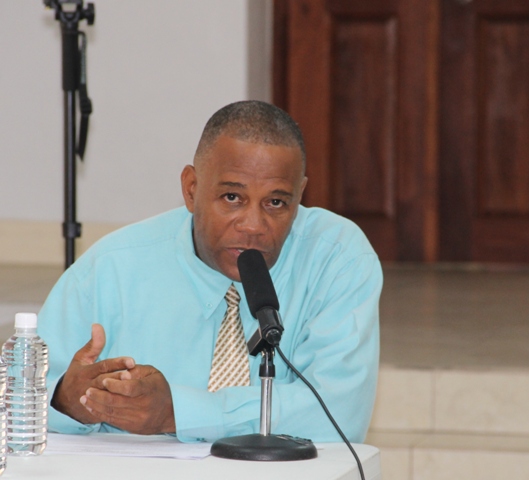 According to Evelyn, each unit within the Department planned their own activity. In all, the officers assisted three farmers. Two teams from the Veterinary Division cleaned animal pens for two elderly livestock farmers. A group from the department planted plots of seasoning peppers they donated for a crop farmer, a former Agriculture Open Day patron who had suffered a stroke.
The staff at the Department of Fisheries suspended service at their office to clean landing sites at Newcastle, Long Hall, Jessups and Cotton Ground.
Staff at the Agroprocessing Unit made a variety of local fruit juices for donation to students at the Ivor Walters Primary School.
Evelyn noted, that although there are a number of other activities for the awareness month, the officers have taken the most pride in executing and ensuring success of the Community Outreach Day. 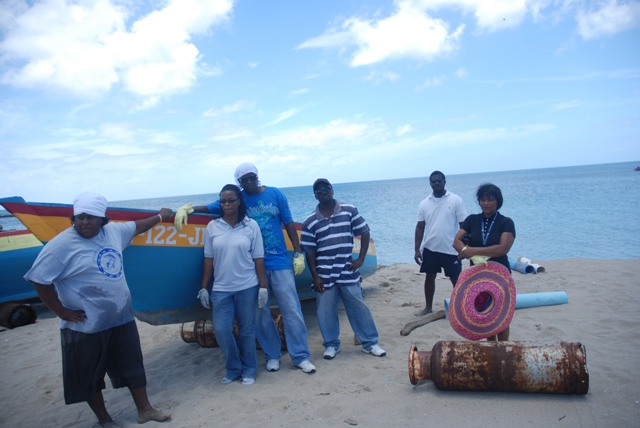 He said they expressed their pleasure in executing the work and have expressed their desire for that activity to become an annual one during the Agriculture Awareness Month. 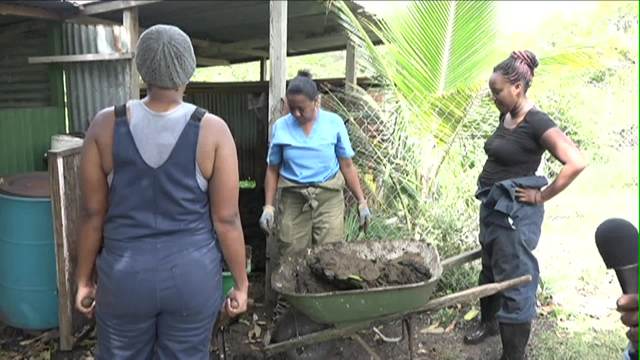