Deputy Governor General and Nevis’ Top Civil Servant His Honour Eustace John, at the first sitting of the Nevis Island Assembly at Hamilton House in Charlestown on March 26, 2013
NIA CHARLESTOWN NEVIS (March 27, 2013) — Deputy Governor and the top civil servant on Nevis His Honour Eustace John, said over the past six years, Nevis, its people and the island’s constitution had been severely tested however, Nevisians had persevered and the new Nevis Island Administration would create positive change.

His statement came when he delivered the Throne Speech at the first sitting of the Nevis Island Assembly on March 26, 2013, two months after the January 22 local elections were held.

“All branches of government: the judiciary, the legislature and the executive, indeed the very root of our democracy have been challenged but through it all, our people have persevered,” he said.

The Deputy Governor General noted that his government recognised and understood that the legitimate expectation of a people for the fulfilment of their basic needs always superseded the level of service that was provided by those in authority but when the livelihood of a people was threatened, the people had to choose.

According to Mr. John, the people of Nevis chose to elect a new government that would provide a new beginning and a new direction for all.

“My government’s task is not an easy one. Indeed, it will be a challenging one. As a party in opposition, my government campaigned on the state of the economy, fiscal management, the high cost of living, the efficiency or lack thereof in the civil service, the electoral system and the need for good governance.

“Having been elected to office and having completed a preliminary assessment of the state of affairs, my government is now in a better position to fine tune its programmes to restore confidence and hope and to revitalise our island’s economy,” he said. 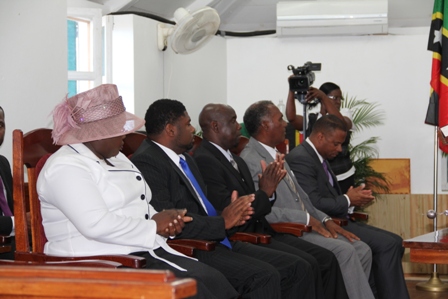 The Deputy Governor General further added that the Nevis Island Administration was committed to addressing the major recurring issues which have plagued the island and had recognised the need for the application of creative policies that would address the challenges of a rapidly changing economic environment.

“To this end, my government is committed to reducing our public sector debt, the exorbitant cost of living and the high levels of unemployment and underemployment.

“My government is committed to eliminating the systematic inefficiencies in the administration and the inertia at the administrative level of all sectors of government and to provide high quality and professional service. To this end, my government will institute on-going sector-specific training,” he said.

In addition, Mr. John said his government recognised the need for generic training in customer relations, leadership and management principles with an understanding of the General Orders of the Service. 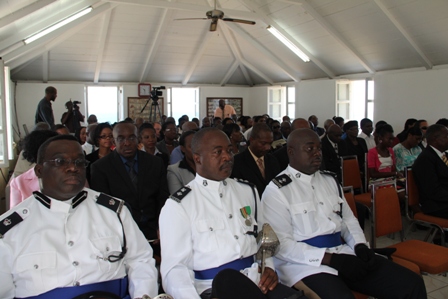 “The Civil service must not continue to be a choice of convenience or patronage for political parties. Professionalism is an absolute necessity and must be restored as we conduct the people’s business,” he said.

The Deputy Governor further stated that his government would strive to operate in an effective, stable and inclusive manner throughout its term in office and provide high quality public services; vamp, retrain and retool the Civil Service and simultaneously reduce the size of government.

He said the challenges were many but his government was confident that it had the resources at hand to lead Nevis in the right direction to achieve the goals that it had set for the people of Nevis.

“This is a government that is open and ready and willing to partner with civil society and the private sector to ensure that the task with which the people of Nevis have entrusted it will be accomplished. This is a government with new ideas and new approaches towards building a stronger and brighter Nevis,” he concluded. 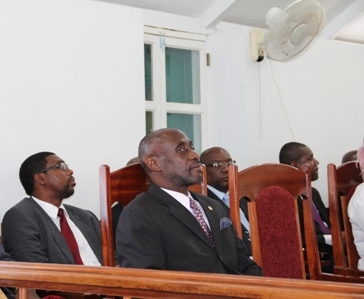