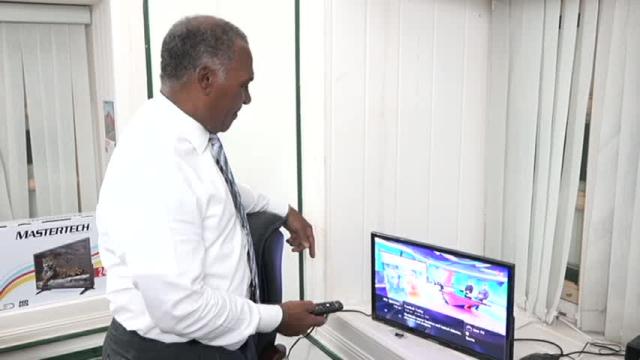 Also present were Jacinth Welsh Business Sales Manager for Digicel (St. Kitts-Nevis) Ltd., who made the presentation to the Premier and Juan Christmas Digicel Play’s Employee of the Month for February.
Both Mr. Amory and Mr. Latty used the opportunity to congratulate Christmas and encouraged him to continue to be exemplary in his duties and to use the confidence of his peers who selected him as a motivation.