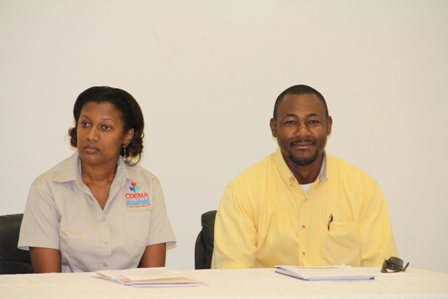 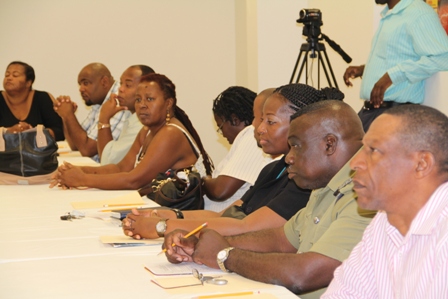 Blackett noted that the focus on tsunamis was timely, since they pose a real threat to St. Kitts and Nevis and he pointed to the earthquake that was felt in the Caribbean on February 18, 2014.
“Some of you may say ‘Well why are we focusing on tsunamis? One hasn’t come since 1690.’ There have been a few in-between but you can measure them in inches rather than feet. However, just yesterday, there was a 6.7 which was later downgraded to a 6.5-magnitude earthquake east of Martinique and you have conflicting reports as to whether a tsunami warning was issued…
“The important thing is that, with an earthquake of that magnitude or even larger which is expected, according to the UWI Seismic Research Centre in Trinidad, the possibility of a tsunami striking Nevis and St. Kitts and the other Caribbean islands is realistic.
“Recently an article was put out about the possible threat of a huge tsunami coming all the way from the Canary Islands in Africa.They are talking about a wave 150 feet high. Can you imagine a tsunami of that size striking St. Kitts and Nevis…? We still have to have in place procedures to make sure that persons do not get adversely affected, at least directly, in terms of deaths and injuries. Obviously, the infrastructure, you can’t do too much about it because most of the infrastructure is on the coast,” he said.
The Director added that there was also the vulnerability caused by volcanic eruptions on land and under water and earthquakes on both land and seabed which could affect the Federation within minutes but noted the alarm system in the region was lacking. 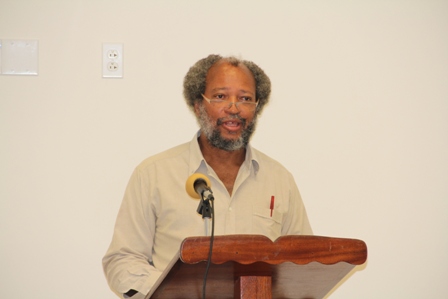 “What do we have in place in terms of alert systems? Not very much. Hopefully, there will be a continuation of this process so we can talk about establishment of alert systems which are now implemented in some islands including Tortola, I think Montserrat, Anguilla and a few other islands so we have a lot of work to do. This is just the start,” he said.
Meantime, Donna Pierre, Mitigation and Preparedness Specialist, and workshop facilitator from the CDEMA said, there was no best time to get prepared for hazards.
“There is no good time or best time to get prepared. It happens continuously and we hope that once we start the process here, it’s not going to end…We document everything. We share what we have with St. Kitts because it’s one country, St. Kitts and Nevis, and Nevis will share with St. Kitts and vice versa,” she said.
According to Pierre, while in the Federation, the issue of other coastal hazards would be considered.
“Our sole purpose is really to focus on disaster risk management. For those of us who may be familiar with CDEMA, we used to be CDERA. The name changed in 2009 to signal a change in mandate and direction which is to deepen the relationships with the participating states and to focus not just on response. 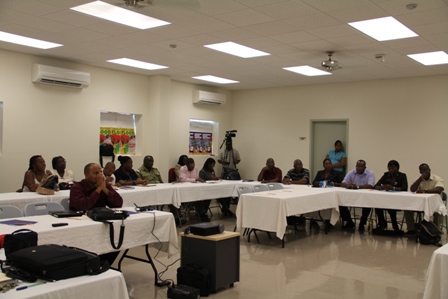 “Though we are here to look at the tsunami protocol and SOPs, we are also here to look at how we can reduce our vulnerability and our risk factors to tsunami and other coastal hazard impacts,” she said.
Pierre also used the opportunity to reiterate her agency’s commitment to focus solely on disaster risk management. She explained that the organisation represented 18 member states of the Caribbean Community (CARICOM).
Nicola Drakes of the CDEMA Coordinating Unit and Ivor Blake from the National Emergency Management Agency (NEMA) in St. Kitts were also present.