Deputy Premier in the Nevis Island Administration Hon. Hensley Daniel
NIA CHARLESTOWN (MAY 30, 2012) — Deputy Premier of Nevis Hon. Hensley Daniel described the late Dr. Simeon Daniel, as one who helped give Nevisians the confidence to run their own country. His comments came on Tuesday May 29, 2012 on the heels of the passing of Mr. Daniel the first Premier of Nevis.

He said as Nevis had been thrown into a state of mourning by Dr. Daniel’s passing, everyone should be mindful of the significant contribution he made to the development of Nevis and his pioneering work which led to the repatriation of Government to Nevis in 1983 among others.

“In many respects, he is the father of modern development of Nevis. His pioneering work led to the repatriation of government in Nevis in 1983, the establishment of the Sixth Form, a heavy focus on education and training, the coming of the Four Seasons Hotel, phenomenal improvements in road, water and electricity.

Mr. Daniel was of the view that Mr. Daniel did not get enough credit for his achievements since many of the things that are done in Nevis today could not have happened if a local government was not in place.

“The fact that you have a local government where you can exercise considerable degree of authority over what goes on in Nevis is remarkable, moving as it were, from the local council to the location of power at the seat of Government in Charlestown. I think that is phenomenal,” he said. 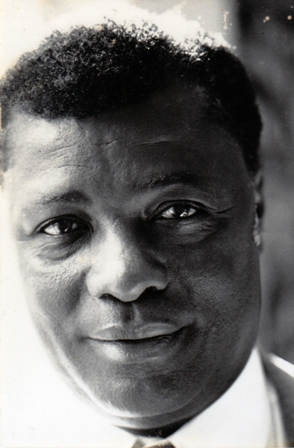 Mr. Daniel who is also responsible for social development on Nevis also spoke to the first Premier’s land programme which he described as revolutionary.

“I think there is also that revolutionary land reform programme which resulted in broadening the base of property in Nevis and several persons were able to own land and build their own homes through that land reform programme. That was central to the development of the country,” he said.

The Minister spoke to other major projects undertaken by Dr. Daniel during his tenure which set the pace for Nevis’ upward mobility and had left an indelible mark on the island’s development.

“With regards to the process of ensuring that we have a pay day, the coming of the Four Seasons, Mount Nevis Hotel and also the establishment of the Nevis Financial Services Sector to attract offshore business that too is phenomenal.

“So in many respects Mr. Daniel has left a legacy and as I have said before, his work will continue to adorn the landscape in Nevis for a long time,” he said.

Meantime, Mr. Daniel explained that it was the task of members of the Nevis Island Administration to ensure that today’s generation remembered Dr. Daniel’s contribution and to thank him for moving as he did in 1970 under extremely difficult circumstances.

“So the country at that time was in a state of shock. It couldn’t come to grips with the reality of this kind of disaster and here came Mr. Daniel with his legal training and with a commitment to improve the wellbeing of the people of the country,” he said.

According to Minister Daniel, Dr. Daniel canvassed the support of others who shared his vision to develop Nevis.
“Galvanising the support of a bunch of very, very patriotic men like Uhral Swanston, [Zepheniah] Rhone Liburd, Arthur Evelyn, Sunny Parris, Levi Morton, Mr. Challenger, Horace Liburd and Tessy Nisbett, all of these men came together with one simple view – to improve the lot of the people of Nevis and of course the late Ivor Stevens was a part of that team.

“So we had the makings, as it were, of the first real party, the party with Nevis in its name – Nevis Reformation Party, galvanising support right across the country and he it was, who led all these men with different styles. When you think of the work of Levi Morton, Urhal Swanston, [Zepheniah] Rhone Liburd these were some of the warhorses for the party at that time and Mr. Daniel with his temperament cool, calm and collective, very incisive and was able to do so many things for Nevis,” he said.

Mr. Daniel noted that as a politician in the same party that Dr. Daniel, his observations of the First Premier and the most striking characteristic that would remain with him would be his approach about getting things done.

“I think the sort of quiet execution of fundamental things is what I would remember him most, quiet execution, no loud noises and he kept the office of Premier simple but at the same time classy and ensured that he did the best for the people of the country,” he said. 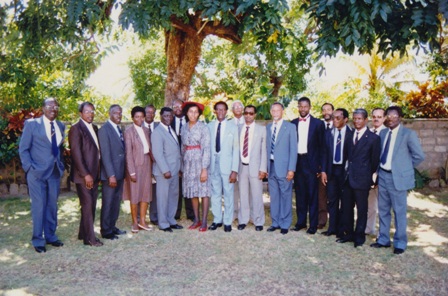 In conclusion, the Deputy Premier paid his respects to those closest to the departed former Premier
“On behalf of the Ministry of Social Development, all of which are the creatures of the Nevis Island Administration which he led, I would like to express my condolences to his family, wife and children and very close friends and relatives and say that I believe that flights of angels will sing him to rest,” he said.

Mr. Daniel also used the opportunity to call on the people of Nevis to show some regard and respect for the work of the pioneering politician and visionary leader by toning down their music thereby allowing all to appreciate the work done by Dr. Daniel.

“I think we will continue to mourn until the time of his burial and even after that because we have lost a leader who made a very strong contribution to the development of the island,” he said.