First place winner Ms. Khalin Nisbett, who is a student at the Nevis Sixth Form College received a grant of EC$5000 from the ECCB. In her response to the presentation, Nisbett expressed her appreciation to her parents, Mr. and Mrs. Evan and Sherilla Nisbett as well as to other members of her family.

Former teacher at CSS, Mr. Anselm Caines, who is now a student at the University of the West Indies, received “thousands upon thousands of appreciation” from the humbled Nisbett who said he offered to her “endless support and tremendous help with the essay.”

While thanking Ms. Dublin and her team at ECCB for the reward, Nisbett highlighted that the competition, for her, meant far more than receiving a monetary grant. She considered it to be an avenue for students to explore their “spectacular writing abilities.”

Nisbett also used the opportunity to encourage her peers to take advantage of the educational “challenges and opportunities” that may appear. 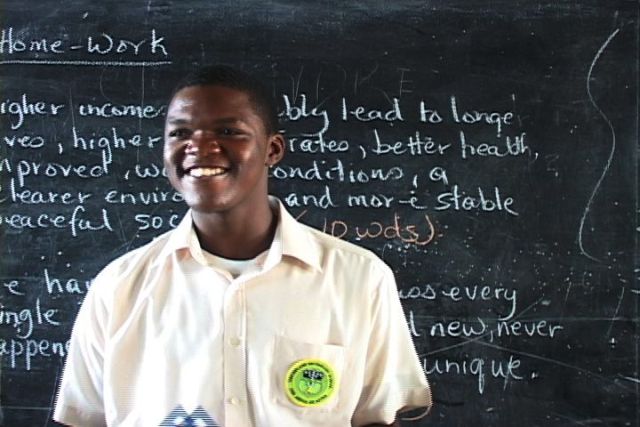 Chaim Walters who placed second in the competition and is a student at the Gingerland Secondary School was excited about his award and encouraged his classmates to enter the upcoming competition.

“I would like to say thank you to ECCB for giving me this opportunity and I would like to encourage my classmates to, in the next essay, try and win some money like I did,” Walters said.

There were 301 essay entries from representatives residing in Anguilla, Antigua, Dominica, Montserrat, Grenada, St. Vincent and the Grenadines, St. Lucia and St. Kitts-Nevis.