Calvin Fahie (r) being sworn in as a Registration Officer for Constituency 9 by Supervisor of Elections Elvin Bailey at the Electoral Office on Nevis on July 20, 2015

NIA CHARLESTOWN NEVIS (JULY 21, 2015) — The Electoral Office is now fully operational. The assurance came from Supervisor of Elections Elvin Bailey, moments after Registration Officers Calvin Fahie responsible for Constituency 9 and Nelson Stapleton for Constituencies 10 and 11, were sworn in at the Charlestown Office on July 20, 2015.

Both served as senior Police Officers in the Royal St. Christopher and Nevis Police Force before their retirement. Fahie was a Commissioner of Police and Stapleton, Superintendent in Charge of the Nevis Division.

According to Bailey, the Registration Officers would be responsible for fieldwork, hear objections to claims, finalise the revised monthly lists and for posting them in conspicuous places throughout the constituencies.

He explained that on Friday July 17, Ernestine Rawlins and Fern Hanley-Jacobs, both Assistant Registration Officers were sworn in. They are based in the office and will receive the applications for registration, sort them out into the relevant constituencies, hand them over to the registration officers who in turn would do the relevant leg work and field work to produce the revised monthly list.

Mr. Bailey added that the lists were of critical importance because in time they become the official list of electors that elections would be based on.

Apart from the Assistant Registration Officers, Mark Mills is also assigned to the office. Esmeralda Dick is the office cleaner. 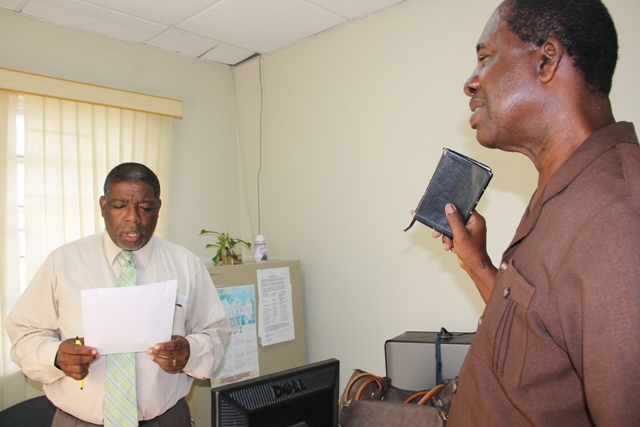 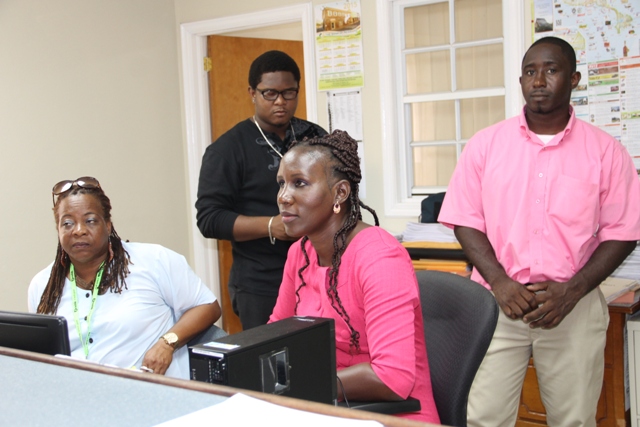