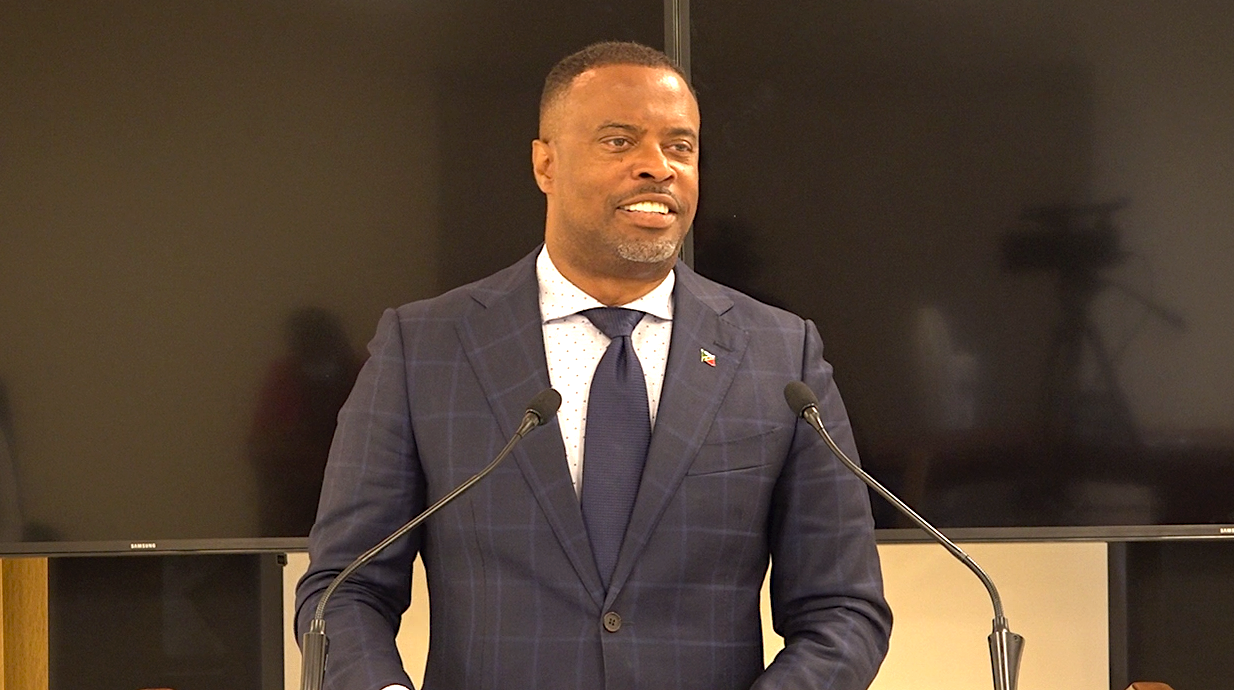 Hon. Mark Brantley, Premier of Nevis, and Minister of Finance, Tourism, and Human Resources in the Nevis Island Administration (July 28, 2022)

NIA CHARLESTOWN NEVIS (August 10, 2022) – – Hon. Mark Brantley, Premier of Nevis, and Minister of Finance in the Nevis Island Administration (NIA), says the government is cautiously optimistic with respect to the economic outlook for the island as key indicators reflect a strong first quarter for 2022.

“The economic outlook for the rest of the year, I think we’re cautiously optimistic because our tourism season this year has been much longer that anticipated. As a matter of fact we still have groups that have come and are at the Four Seasons Resort (Nevis)…

“We expect that the prospects are relatively good. My last update from Ministry of Finance officials, which I received just about three weeks ago, suggested that we are on the right track. We were marginally ahead of projections in terms of revenue and behind in terms of expenditure. It means that is a good place to be. Of course let me hasten to say that we would have done that during the better days, because we understand that the Tourism industry contributes most during the winter months so from January, February, March, April. This year we’ve gone much longer than anticipated and we hope that that trend will continue,” he said.

The Premier, who is also responsible for Tourism and Human Resources, revealed that employment and income kevels on the island are trending upwards. This, he said is, another sign of economic recovery in the post COVID-19 pandemic era.

He noted that the figures represent the categories measured by Social Security Scheme and does not reflect persons self-employed in the informal sector.

Premier Brantley said the employment and revenue statistics on Nevis thus far are encouraging with respect to a much-needed increase in economic momentum.

“I think that those figures are welcomed figures and they show that we are moving in the right direction coming out of the COVID-19 pandemic.”