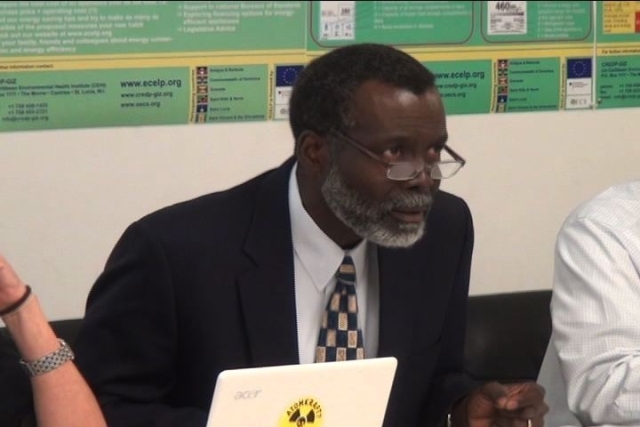 Mr. Green made the call when he delivered remarks at a presentation on an Energy Audit conducted on two public buildings on Nevis, its findings and recommendations.  The event was hosted by the Ministry responsible for Energy as participated in Caribbean Energy Week 2012. The event was held on November 20th at the Llewellyn Newton Disaster Management Facility, Long Point.

“The current state of affairs suggests that our energy consumption is higher than it should be and this is directly related to the fact that our energy efficiency is lower than it ought to be.
“With specific reference to its buildings, I wish to argue in general terms, that the Federation can significantly improve its energy efficiency if it gives priority to taking some relatively simple but workable measures.

“These can include the acquisition of reliable energy saving technologies; the introduction of suitable design strategies; implementing new construction methods and applying fundamental operational techniques that together will have the effect of revolutionising our energy usage and efficiency,” he said.

Mr. Greene noted he was mindful there was a cost factor involved, since a number of  buildings were antiquated and would require sustainable renovations also the installation of devices and equipment that would save energy and increase efficiency.

Notwithstanding, as he continued to make the case for change the OAS Representative contended that in today’s world governments budgets were subject to strict restrictions and Ministries of Finance had been asked to cut allocations across the board. The Private Sector was no different since they too were experiencing a tight squeeze on their operations due to sluggish growth rates in the global economy.

“In simple terms, money is scarce all over and therefore taking the requisite steps to make our buildings more energy efficient may not be on the priority list but the Federation cannot continue to waste energy through inefficient structures.

“I say this because the cost of wasting energy has become prohibitive; the escalating cost of energy threatens the nation’s standard of living and it also diminishes the quality of life of all citizens whether you are classified as being rich, middle class or poor. Therefore we should endeavour to change the status quo by taking action now,” he said.

The OAS Representative also added that even as the Federation entered the 21st century, it was in the best interest of St. Kitts and Nevis as a Small Island Developing State (SIDS), to follow the trend towards achieving greater energy efficiency. Notwithstanding the budgetary cuts and financial squeeze, Mr. Greene called on the Federation to address the challenge and to place energy efficiency on its priority list.

“The OAS believes that there is urgent need to create energy efficiency standards for residential and non residential buildings in the Federation of St. Kitts and Nevis. The time is now to begin the process of writing and passing the requisite legislation. 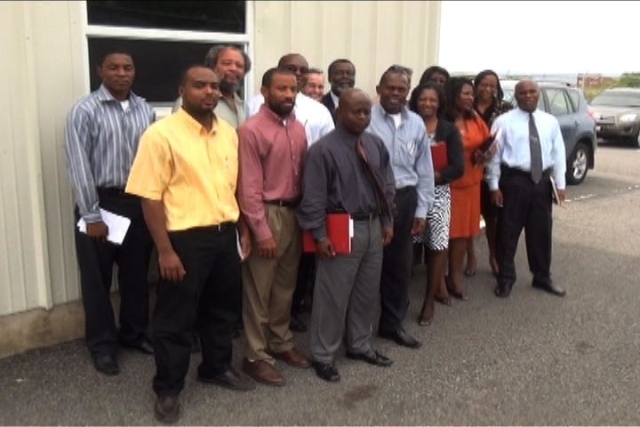 “This should be followed by preparing the associated regulations and then put in place the accompanying enforcement regime to help bring about fundamental changes on how energy is consumed. Movement in this direction would signal our commitment to and seriousness about energy efficiency,” he said.

Mr. Greene also added that Legislation, regulations and an enforcement regime could only be effective when the citizens were educated on the value and benefits that came with practising energy efficiency.

He said further that the OAS believed that it was possible to change the way of thinking of the people of the Region.

“The OAS maintains that it is possible to change the mindset of our people by taking incremental measures and providing the requisite incentives that will ultimately translate into efficient consumption of energy, whether it is from fossil fuel or renewable sources. This is the path the Federation is challenged to take and now is the time to take real action,” he said.