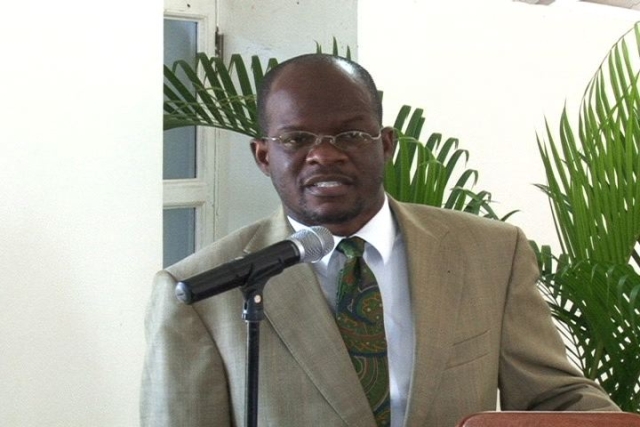 Mr. Nisbett made the comment when he delivered remarks at a ceremony on December 06, 2012 at Hamilton House in Charlestown, to launch the second phase of the Law Revision project in Nevis. The Project commenced in October 2002 and the first phase of the Revised Edition was launched in St. Kitts in March 2012.

“As a result of the completion of this Project, a major impact would not only be seen but felt by the general public in the improved efficiency and effectiveness of the administration of justice within the Federation.

“Not only that but the easy accessibility to laws, will create investor confidence.  This will positively impact on the economic development of our Federation,” he said.

According to Mr. Nisbett, the Revised Edition (2009) of the Federation’s laws contained all the relevant laws in force up to December 31, 2009 and contains the Ordinances of Nevis together with the subsidiary legislation, was designed to be user friendly and its accessibility would enhance research skills and save time that could be used in other areas of study for students of law.

The Attorney General encouraged legal practitioners to subscribe to the New Revised Edition and noted it would provide ease of access to the laws, enhance their research skills and as such improve their delivery of service.

Mr. Nisbett said the benefits to be derived from the project, were indicative of the Government’s commitment to upholding the rule of law and good governance in St. Kitts and Nevis. It had, in effect he explained, laid down the necessary foundation on which the Federation’s democratic institutions would be further strengthened.

The Attorney General further made clear that prior to publication of the New Revised Edition, it was extremely difficult to locate and ascertain the current law with ease.

“This means that there has been some uncertainty in our legal system, which has had a negative effect on the system of justice.   Secondly, there has been some inconsistencies and mistakes in our written laws which were identified by the Law Revision Team, and the necessary adjustments effected,” he said.

Among the benefits of the project Mr. Nisbett spoke to were accessibility, reliability consistency, enhanced proficiency, local capacity building and reduced costs for such future projects. 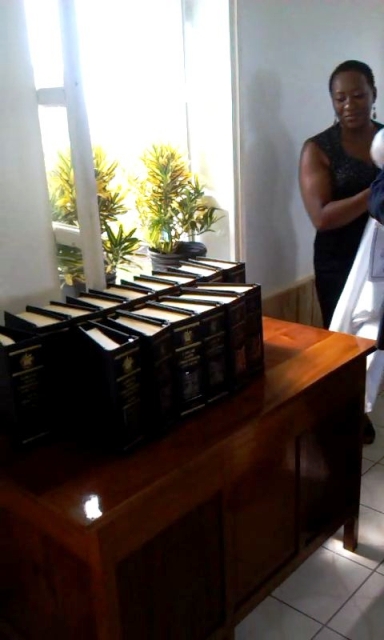 “Having created a reliable electronic laws database, we can now quickly access any written law up to 2009; Reliability in that any written law could be quickly located when such written law is required; Consistence in that legal issues or matters will be handled in a consistent manner as a result of having a reliable laws database; Enhancing the proficiency and integrity of the judiciary and the legal profession, thereby creating certainty in the legal system;

“Building of local capacity to ensure the sustainability of the laws database that has been created. This has been achieved through the training of our local people in Desk Top Publishing; No future heavy costs will be involved in the consolidation, revision and preparation of law revision supplements once the annual updates are made to this New Revised Edition,” he said.

Mr. Nisbett added that the electronic laws database would also provide the foundation for the revision and reformation of the Federation’s laws, in particular social legislation which affected the welfare of the islands people who are in the low income bracket.

“It will also provide the foundation for reviewing our Constitution; the project has created a foundation upon which the Federation will be in a position to carefully examine its sub-regional, regional and international obligations with a view to translating some of those obligations into our domestic law,” he said.

The Attorney General also informed that the Single Seven Year Loose Leaf Supplement which was intended to update the laws up to December 31, 2009 had been updated as well and printing and publication were already in advanced stages.

“This Supplement when ready will be accompanied with volumes of the Nevis Ordinances which will be forming part of the Edition.

“The Edition that is being launched contains laws that are in force as at 31st December, 2002.  Hence, our strategy is to update the Edition, such that by the end of next year our laws should only be out of date by just one year.  This will be a good achievement and a target which should be sustained in future when annual supplements are being prepared,” he said.