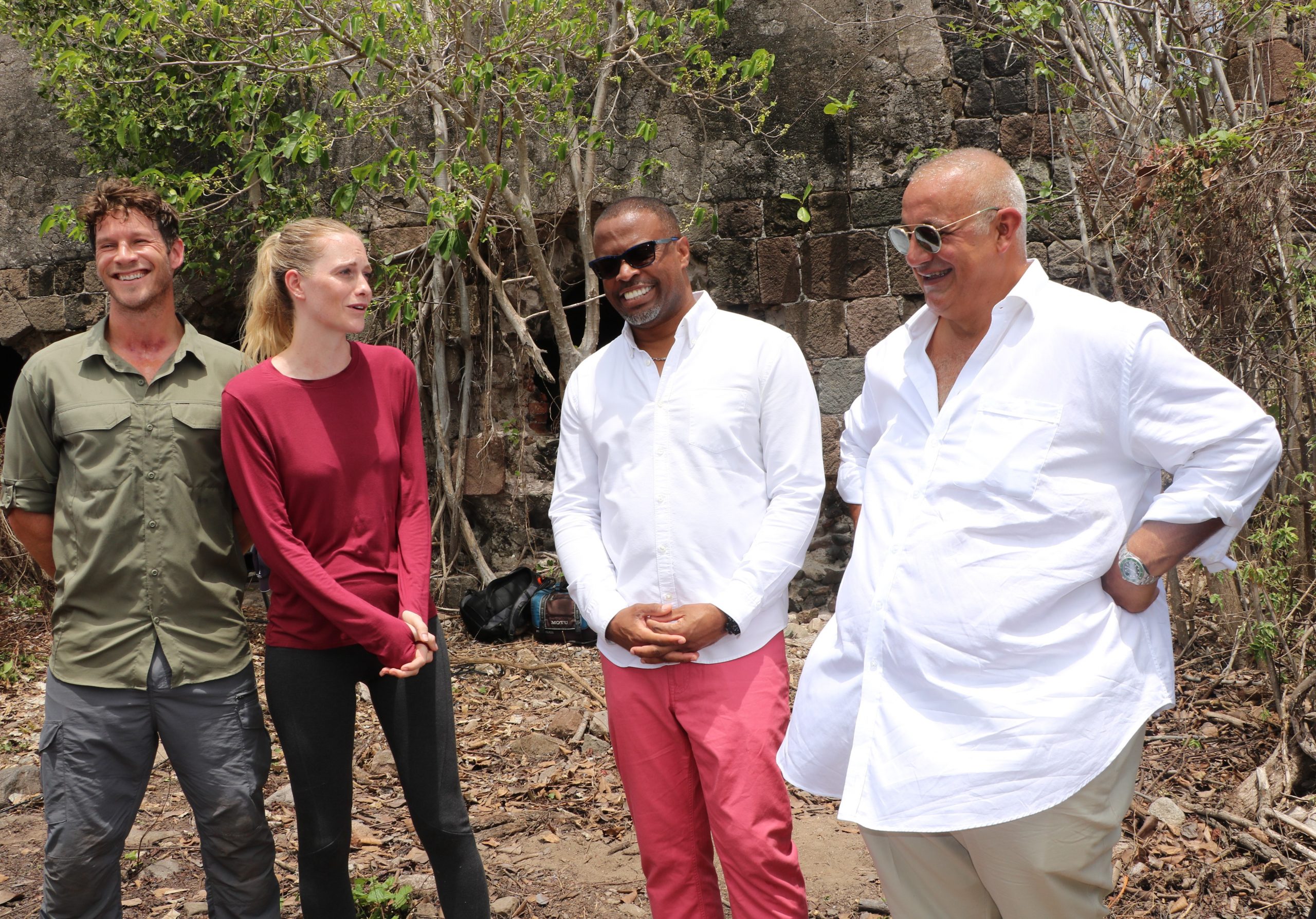 Filming for the thriller “Assailant” began on April 15, 2021, two weeks after MSR Media wrapped up filming of its first movie on the island, the romantic comedy “One Year Off”.

The Premier was invited to visit the set on location at the sugar mill ruins at New River Estate on April 23.

“Certainly Philippe [Martinez] what you’re doing is a great thing. We wanted to continue to demonstrate our commitment to this.

“I think we are on a remarkable journey and it’s just started, but I feel if we continue to work together and continue to promote this industry we can really create something special here on the island of Nevis and the wider federation of St. Kitts and Nevis.

“I’m delighted at what I’m seeing and I’m hopeful that we can get through this successfully as we did with the first film and move on to other films right here on Nevis,” he expressed.

Mr. Philippe Martinez, MSR Media producer, said it was exciting to be filming at new locations on Nevis for this second film. He made special mention of the seven locals from MSR Media’s newly launched Acting Academy on Nevis who were selected for speaking roles in the film.

“In this movie we have hired seven actors of the Academy for speaking parts. It has been a game changer for them.

“I went to the Academy Wednesday night (April 21) and I asked them how was the experience to work with great actors like Poppy [Delevingne] and Chad [Michaels Collins] and they were just thrilled.

“So it’s great that something that started only about a month ago- the Academy- already there are actors working in our film,” he said.

“Assailant” is being directed by international director Tom Paton. He too expressed excitement at filming on Nevis and praised the efforts of the local crew members.

“In terms of what the movie needed Nevis is the perfect location for it. For a filmmaker like me it’s an amazing opportunity to get to come here and shoot in a location like this so I couldn’t be happier really.

“I think we’re very lucky to have the cast that we have and for Philippe and Mark to have cut the deal that they’ve done to bring the films here,” he said.

Mr. Martinez has indicated that production of a third film “Two Weeks In Paradise” will begin within the next few weeks.

MSR Media and the NIA have partnered to have six movies filmed on Nevis by early 2022.