Mr. Anslyn also an avid fish enthusiast and one of Nevis’ most experienced Fishers, told the Department of Information in an interview on May 10, 2012, that the site of the million dollar project which would be paid for through a grant from the Government of Japan, was ideally situated and would greatly benefit the people of Nevis.

“The Fisheries Complex Development at Gallows Bay when you weigh the benefits against the impacts, I can assure you that the benefits closely outweigh the negative impacts. The benefits are tremendous, the island will benefit the Fishers will benefit everybody concerned with the project will be convinced in the end that the doubts they had will be addressed and we will all be happy that this project came through.

“When one sees the construction phase or what the end result will be I am sure that the doubts they have now or the misleading they have had from certain elements or certain angles of the people who might have their own agenda, I am sure that they will be sorry that they had doubts in the beginning,” he said. 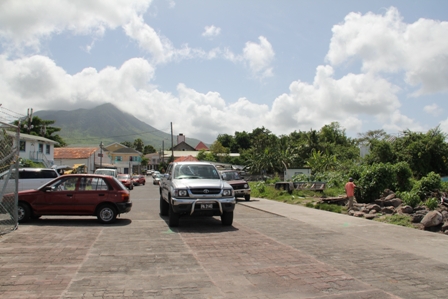 According to Mr. Anslyn, the project was first initiated while he served as Director of Fisheries in the Concerned Citizens Movement-led Administration and if he had not thought it beneficial to the people of Nevis and in particular the Fishers, he would certainly not have associated himself with the project.

He also shed light on the selection then for the construction of a fisheries complex at Gallows Bay and not at the New Castle, Jessups of Indian Castle fish landing sites.

“In the initial stages when the donor agencies were looking at the projects on the island…they actually chose the Gallows Bay Project to fund and they did not think the others were important as the Gallows Bay Project.  After they did their surveys they choose to put it in the metropolis because of the activities that goes on in Charlestown. They thought it beneficial for the island that they should come into town do their shopping buy their fish vegetables groceries etc. all in the same area and then go back out of town with everything.

“Also the one in Newcastle that we had planned for, that it was turned down because of the objection of the Aviation Authorities. They thought that it was too close to the runway and the building itself was too high so we had to scrap that one. The others we could not get funding for but the Charlestown one-that came through,” he explained.

However, on the contentious issue of the facility’s effect on the Gallows Bay beach Mr. Anslyn stated categorically that the new fisheries complex would not affect the beach. 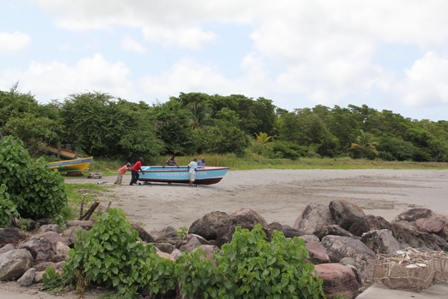 “I was involved in the initial putting together of the first project document and the use of the whole of Gallows Bay was not in the question. The area that would be used is just a corner which is currently being eroded. In fact to actively participate in the area earmarked for the structure that is intended to be put down there will have to be an amount of backfilling done, reclamation to actually get the area required to put the facility down.

“Where it is going to be reclaimed had actually existed in the past but due to erosion it is now claimed by the sea. So that little area that we are putting back into Nevis so to speak, building back the land from the sea, is only a little area of the corner where Prince William Street meets the Bay Front and also the whole of Gallows Bay will not be utilised. It is just that little area and access to the beach for swimming will still be maintained,” he said.

The Former Director of Fisheries added that in his view the project would help to protect against the heavy sea erosion that had been taking place in the area.

“Taking into consideration what has occurred in the past with regards to erosion, that area is subject to heavy erosion. From what I have seen in my lifetime 2/3rds of the area has gone to the ocean already. It won’t be long before the other 1/3rd goes and the properties in the area will be no less in the sea.

“The construction of that facility will stop the erosion in that particular area. You will observe that the other areas further south of the project in Gallows Bay will be eroded. You won’t be surprised to find that sooner than later the sea will be in the Bogs because this is what has been happening over the years and it’s not going to be long, depending on how many ground swells we have, that the sea will end up in the Bogs. When that happens it will be unfortunate and this is something we can’t stop. This is the work of Mother Nature and we just have to go along with it,” he said. 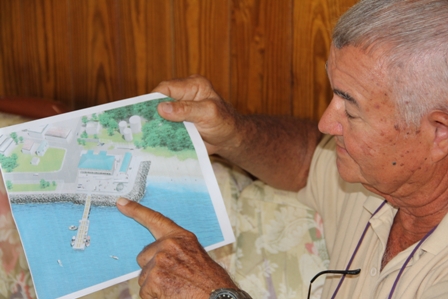 With regards to concerns of unsavoury odours emitted from the fisheries complex during processing, Mr. Anslyn said based on his knowledge and his experience with facilities of that nature it was highly unlikely.

“If one is concerned about smell, and there will be none, the wind will take that smell out to sea [and] if there is any smell which there should not be, the waste disposal plans that are in place will guarantee that there will be no smell,” he said.

Mr. Anslyn also added that the facility had to be constructed on the coast to ensure the best quality fish. The fear of waste disposal he said though it should be of concern to the populace was an non issue since that had been adequately addressed in the planning stages and there would be no smell or waste disposal that would in any way impact the health or hygienic standards of the residents of the area.
He said too that construction of the Fisheries Complex had always been designed to provide continued accessibility to the beach for members of the public and surrounding land owners.