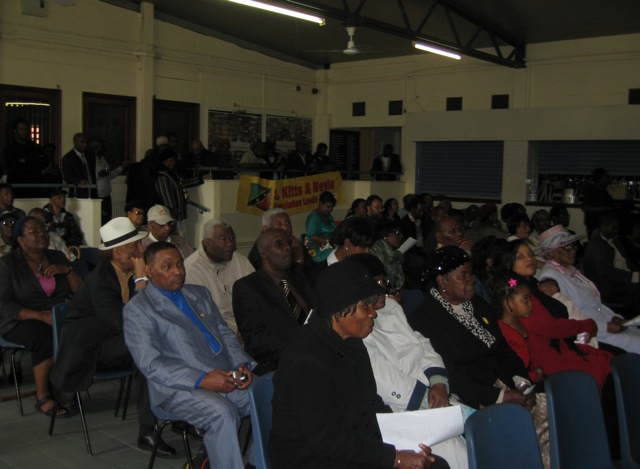 St.Kitts- Nevis Nationals at a meeting in Leeds, England
Charlestown, Nevis (Wednesday, May 16th, 2012)– Premier of Nevis, the Hon. Joseph Parry left the United States on Tuesday, to attend business meetings in London, England, followed by plans to lead a four-person delegation to three British cities, to update nationals on the many achievements and developmental plans for Nevis.

The Nevisian leader will be accompanied by Minister of Trade and Industry, the Hon. Dwight Cozier, Minister of Communications and Works, Hon. Carlisle Powell and Cabinet Secretary, Mr. Ashley Farrell.

The delegation will visit Birmingham, Manchester and Leeds.

The first in the series of Town Hall meetings with nationals will take place in the city of Birmingham at the Birmingham Community Association, Jenkins Street, Small Heath on Wednesday, May 23 from 7pm.

The delegation then moves to Manchester, where they will meet with nationals on Friday, May 25 at 7pm at the Whalley Range Methodist Church, 51 Withington Road. 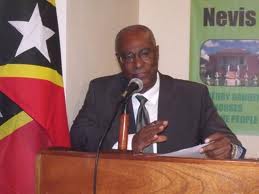 On Sunday, May 27, nationals in Leeds and surrounding areas will have their opportunity to meet with the Premier and his delegation at the Leeds West Indian Centre in Chapeltown from 4pm.

Premier Parry said he looks forward to meeting with nationals in the United Kingdom, to share a power -point presentation outlining the many developments on Nevis in the areas of Housing, Tourism, Health Care, Agriculture, Roads, Education, Youth Development, Senior Programs and the Economy, and to afford them the opportunity to meet face-to-face with their leaders, ask questions and make suggestions.

According to the Premier, the Nevis Reformation Party (NRP)-led Administration has always included the views and ideas of nationals throughout the diaspora in order to determine decision and policy-making for a positive way forward for the island.