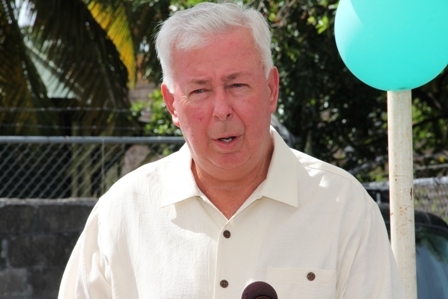 Mr. Higginbotham, a private donor of one of three Ford Explorer jeeps donated to the Police by the Foundation on March 04, 2012 made the comment at the handing over ceremony at the Charlestown Police Station compound. He said when the Foundation was approached for assistance there was no hesitation.

“When we were challenged and discussed about helping provide vehicles for the Nevis Police to ensure us of the safety there was no question,” he said. 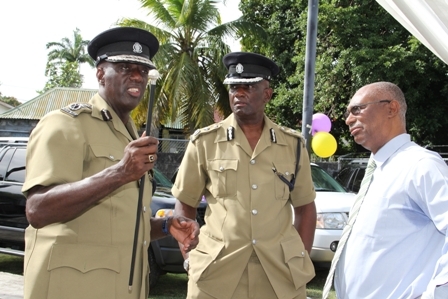 Notwithstanding, the Homeowner said he knew the job of law enforcement was difficult and one which was often thankless because he was the son of a Policeman which made it easy for him to assist.

“So there was no hesitation and when it came time for us to be able to provide those cars we were glad to do it. So thank you for thanking us but on the other side we thank you,” he said.

The Four Seasons Homeowners Foundation was established in 2003 as a charitable organisation by home owners of the Four Seasons Resort. The intention of the Foundation has been to support projects in the health, education and community services which directly impacted the citizens of Nevis.

Meantime, in response to the gift from the Nevis Division, Commissioner of Police in St. Kitts and Nevis Mr. Celvin G. Walwyn thanked the homeowners for their gesture but wanted the public on Nevis to know that the Police there were doing well keeping crime down. 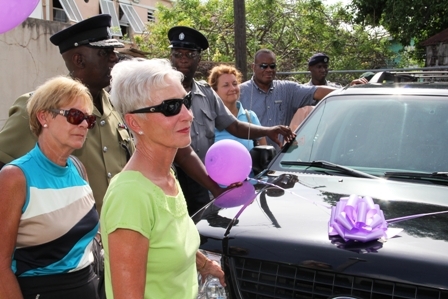 “I want the people to know in Nevis that the Police are doing a very good job in keeping crime down. I don’t have my stats for April yet but I know for a fact in February the crime was down above 50 percent and in March it was down 54 percent.

“I don’t know what the figures are for this month because we were so busy this week the ACP hadn’t had a chance to send them over to me yet but I just want to say to the community that the Police are out here for you,” he said.

The Commissioner who does not miss the opportunity to call for continued public support, urged persons to call the Police who depended on their assistance.

“If you see something, say something. It is better to call us and not need us than to need us and not call us. So please, I don’t care if you have to call a million times until you get somebody, call the Police.

“We hate crime just as much as you do. We are in a position to do something about it but we need your help so please, again, if you see something say something,” he said. 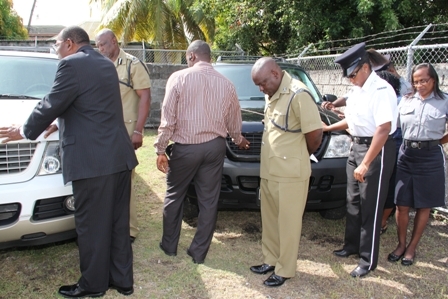 Assistant Commissioner of Police in charge of the Nevis Division Robert Liburd added his thankfulness on behalf of his Officers and cited that they were heartened by the generosity of the home owners.

Mr. Liburd also gave assurances that the vehicles would be kept in best order to allow them to continue to fight crime on Nevis.

The Senior Officer also used the opportunity to solicit the public’s assistance to ensure that the vehicles were used only on Police duty and not for private use. He said persons should contact him at telephone number 662-4578 if they saw the vehicles anywhere involved in anything other than police business.