NIA CHARLESTOWN NEVIS (November 06, 2012) — Eight junior managers at the Four Seasons Resort, Nevis will go down in the hotel’s annals as the first to be trained in preparation for more senior management positions. They graduated from a 10 week in-house training programme called STEPS, on November 05, 2012, at the Mangos Restaurant.

During the graduation ceremony, Regional Vice President and the Resort’s General Manager Mr. Andrew Humphries, told the graduates it was a special occasion that they were formally prepared to take on all the tasks necessary for becoming a strong manager. He also voiced satisfaction with the participant’s application to the training.

“They all had a project divided into teams which they then presented back to the planning committee, of the lessons they had learned and the skills they had learned to solve specific problems that we had given them that occurred on a day to day basis in our organisation. I have to say, the presentations were extremely well thought through, very well presented and really showed that the teams had made a lot of progress in learning what it means to be a Four Seasons manager

“When I look around actually at the group that went through the training it just makes me realise what a strong set of supervisors we have. So thank you for all that you do on a day to day basis…I hope the skills that you learned have been useful for you day in and day out since the training was completed,” he said. 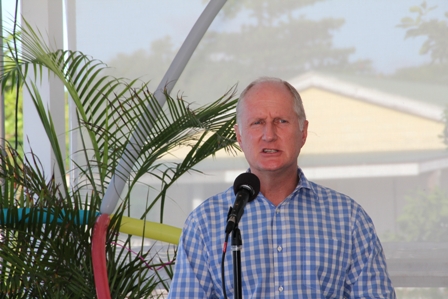 According to the General Manager, the 10-week training programme which commenced from August to October 2012 was made up of  10 modules and encompassed the topics – the Four Seasons Leader; key communications skills; coaching and feedback; conflict management; problem solving; change management; delivering confident messages and being a Four Seasons Leader.

Meantime, the Resort’s Learning Manager, responsible for training all levels of employees Mr. Chad James, told the Department of Information moments after the certificates were handed over to the participants by the General Manager, was in keeping with the Resort’s policy to provide appropriate training for all its employees.

He that the STEPS programme was a corporate module that every hotel had to undertake and was designed for supervisors, middle managers and department heads.

Mr. James also explained that the programme would be continuous and would make for a better manager/employee relationship thereby enhancing the establishment.

“This module is the very first one that we actually doing here on Nevis. The plan is for us to be able to take all supervisors and the middle managers through this STEPS programme. 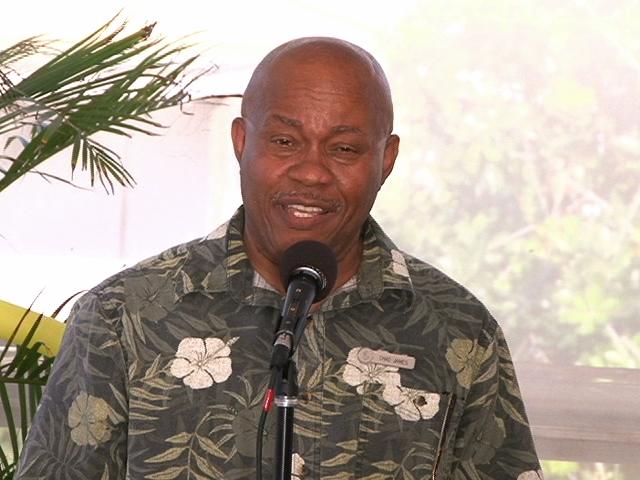 “It is on the way to managing self and others and that’s why we have prepared this little group here so they can be better managers dealing with employees for the betterment of the hotel,” he said.

In response to why the training programme had only been introduced in 2012, Mr. James said there had been setbacks which had hindered implementation.

“This version is a new version, it just came into being last year and of course you know that we were closed for some time, so it didn’t give us enough time to put it together.

“It is a very extensive programme, its 10 weeks. Every week there were sessions and was difficult for us to have done it anytime before a very slow period,” he stated.

The second training secession with another group is planned for January 2013.