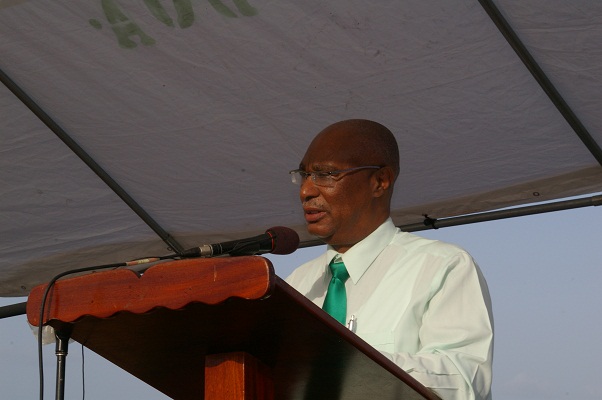 “We have demonstrated time and time again that we are the party of action and we have reached out in so many areas, to so many persons across the island for the development of Nevis,” commented the Premier during the ground breaking ceremony on Wednesday.

The medical center on completion will be important to Nevis as 100-150 persons will be employed at the clinic.  He said doctors, nurses, cooks, cleaners, accountants, gardeners and others will come to this medical unit and earn a living at the center which is slated to begin construction in 2013. 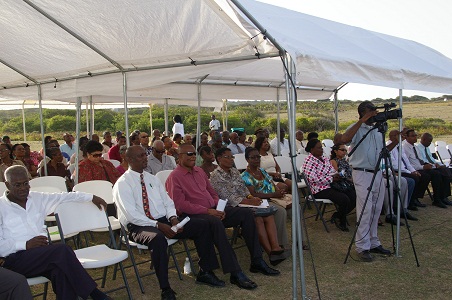 A modern Magnetic Resonance Imaging (MRI) unit will be placed at the medical center and the services of the unit will be charged at reduced rates for locals.

“I am told the MRI unit will be the best system in the Eastern Caribbean and if we are to deal with a larger number of affluent clients it has to be,” said Hon. Joseph Parry.

During the ceremony, the Hon. Parry thanked Mr. Don Williams who has worked tirelessly to get the center here on Nevis.  He said Mr. Don Williams has assisted the Nevis Island Administration with attaining the cosmetic medical center that will boost health tourism on the island. 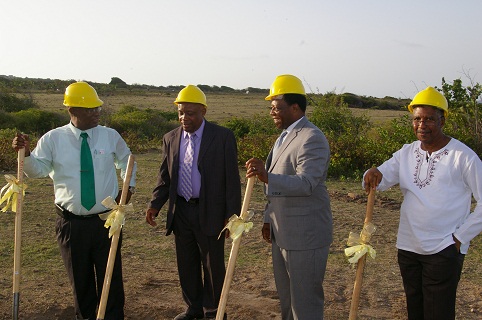 According to the Premier, the cosmetic medical center will be a holiday retreat where people can get cosmetic and dental attention, then relax and recover in the up market destination that Nevis is known for.

“When we say Performance Matters, it not only matter in term of words but in terms of action. Action that has been done for persons from Nevis and elsewhere,” commented the Premier.

Premier Parry boasted that Nevis is associated with excellence and the best, as its hotels including Four Seasons Resorts, the Hermitage, Nisbetts and Oualie Beach Resort has all been awarded and recognized as top- notch properties. Therefore, he noted that not only will Nevis give of the best but the best will come here to experience top- quality, that Nevis is known for.