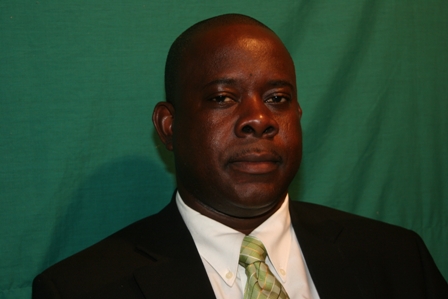 CHARLESTOWN NEVIS (October 15, 2010) — The Ministry of Agriculture on Nevis continues to encourage growth of the agriculture and fisheries sectors, through generous subsidies and incentives. Minister of Agriculture Hon. Robelto Hector made that comment on Friday, in a televised statement, to mark the 30th anniversary celebrations in Nevis of the United Nations (UN) Food and Agriculture Organisation (FAO) World Food Day on October 16th.

This year’s celebrations are being held under the theme “United Against Hunger”.

According to Mr. Hector, subsides have been made in Nevis on water to facilitate irrigation, animal feeds, seeds and seedlings, fencing wire, fishing gear, land preparation, Abattoir Services, marketing, extension and veterinary services.

He said the move would fulfil the Ministry’s mission statement to diversify and increase Agriculture’s rate of development, through effective collaboration, support and dialogue with stakeholders at all levels.

“[This] would enable sustainable livelihoods which support the careful utilisation of natural resources and I am sure this would result in a positive growth in Nevis’ economy and by extension our Gross Domestic Product,” he said.

The Agriculture Minister explained, that the FAO had adopted a different theme each year since 1981, in order to highlight areas in which there was need for action and for a global common focus.

He said this year’s theme “United Against Hunger” formed part of an overall aim as outlined in the Millennium Development goal No.1, to eradicate extreme poverty and hunger. The UN had made several efforts to honour that commitment since 1996. 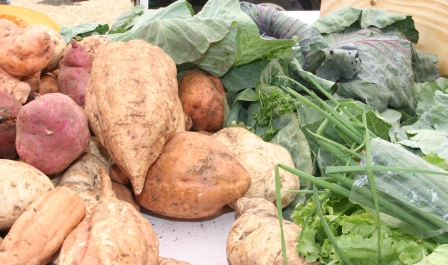 However, Mr. Hector explained that although other countries used various activities to commemorate the day, the decision was taken in Nevis to promote the theme through a week of activities from October 12-16.

According to the Minister, the Ministry of Agriculture along with farmers were charged with the great responsibility to ensure maximum food security for the citizens and residents of Nevis, a task which had become more acute, given the global crisis of lower food production and spiralling food prices.

He noted that since 2006, the Ministry of Agriculture, Lands, Housing, Cooperatives and Fisheries had forged stronger links with allied agencies with beneficial results.

“Our collaborative exercises have yielded significant and tangible results for all stakeholders, be it technical training, donations of equipment, monetary grants, generous and vital access to information and new plant varieties have become routine,” he said.

Minister Hector pointed to the opening of the Agro Processing facility outfitted with modern equipment at Prospect and training for local agro processors which the assistance of the Caribbean Development Bank as some of the gains made in Agriculture.

“The hosting of the 16th annual Agriculture Open Day on March 26-27 was another major success. Hosting of the 5th annual Fruit festival during our Culturama Activities; Structural improvements at the Marketing Unit in Charlestown and we have installed drip irrigation equipment at Indian Castle for the irrigation of 30 acres of cotton.

“We have had stock improvement at Indian Castle and Maddens. We have continued work on fruit development programme with work on the orchard at New River and assistance to our fruit farmers. We have increased vegetable production on both Government estates as a well as of farmer’s plots and we have seen an increase in the out at the Abattoir in mutton, beef, pork, beef patties, ground beef and smoked products,” he said.

The Minister also spoke of the continuation and expansion of the monkey control programme, the extension of the Onion Programme and the 12 percent increase of food production which he said was largely through a reduction in the lag time between crops.

He also disclosed that funds had been secured for the rehabilitation of the Charlestown Public Market and work was expected to commence on that project shortly.