Sargeant, Director of the Nevis Island Administration’s Department of Information [DOI] accompanied by a member of his staff, were shopping at the popular supermarket, when according to him, an explosion took place.

In an exclusive interview with DOI, Sargeant said that he was “caught off-guard” by the “loud explosion” which seemed to startle other patrons in the building at the time.

“We heard somebody say ‘fire’ so we went and we looked to the back of the supermarket and we saw fire in an area which, I am now learning, is the garbage area of Ram’s Supermarket,” he said. 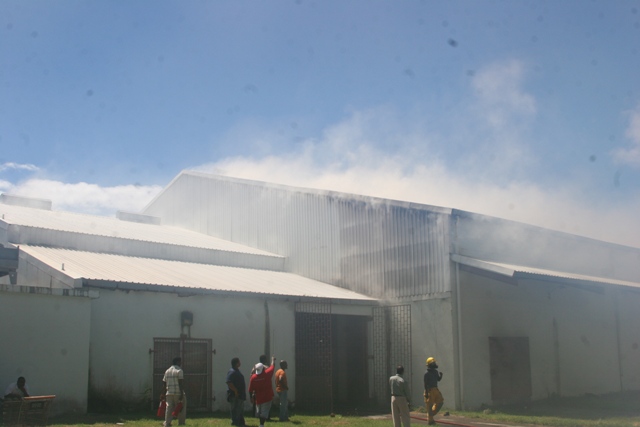 While his coworker, Mr. Eddison Parris described Sargeant’s inquisitive nature as one of “a true journalist,” Sargeant said he was “being a Nevisian” by drawing closer to the fire in an effort to ascertain more information.

“I heard an explosion. At that time, I ran left everything that I had and after I catch myself, I went back to look again and there was another explosion,” Sargeant said as he wiped, from his face, the perspiration that had accumulated as a result of the extreme heat at the scene.

Preceding the call to the Fire Department, as reported by Sargeant, “the people who seemed to be in management” at Ram’s attempted to out the fire with the use of fire extinguishers and hoses.

“In the meantime, they would have closed the supermarket and ask everyone to evacuate essentially. Leaving there, I also observed [that] the business right above, Fit Wellness, would have been evacuated as well,” he said. 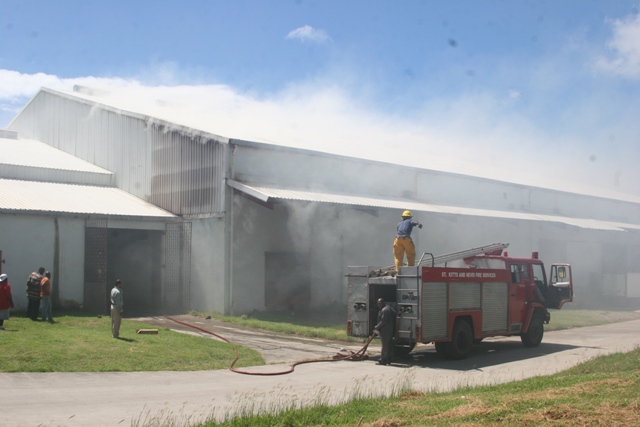 Back of Ram’s Supermarket

When this media house arrived on the scene, members of the Fire and Rescue Services Department, clad in overalls, seemed to had gotten the fire under control as a result of their “very good response time” as described by onlookers.

Ram’s Trading Limited is a family operated business which was established on St. Kitts in 1935.