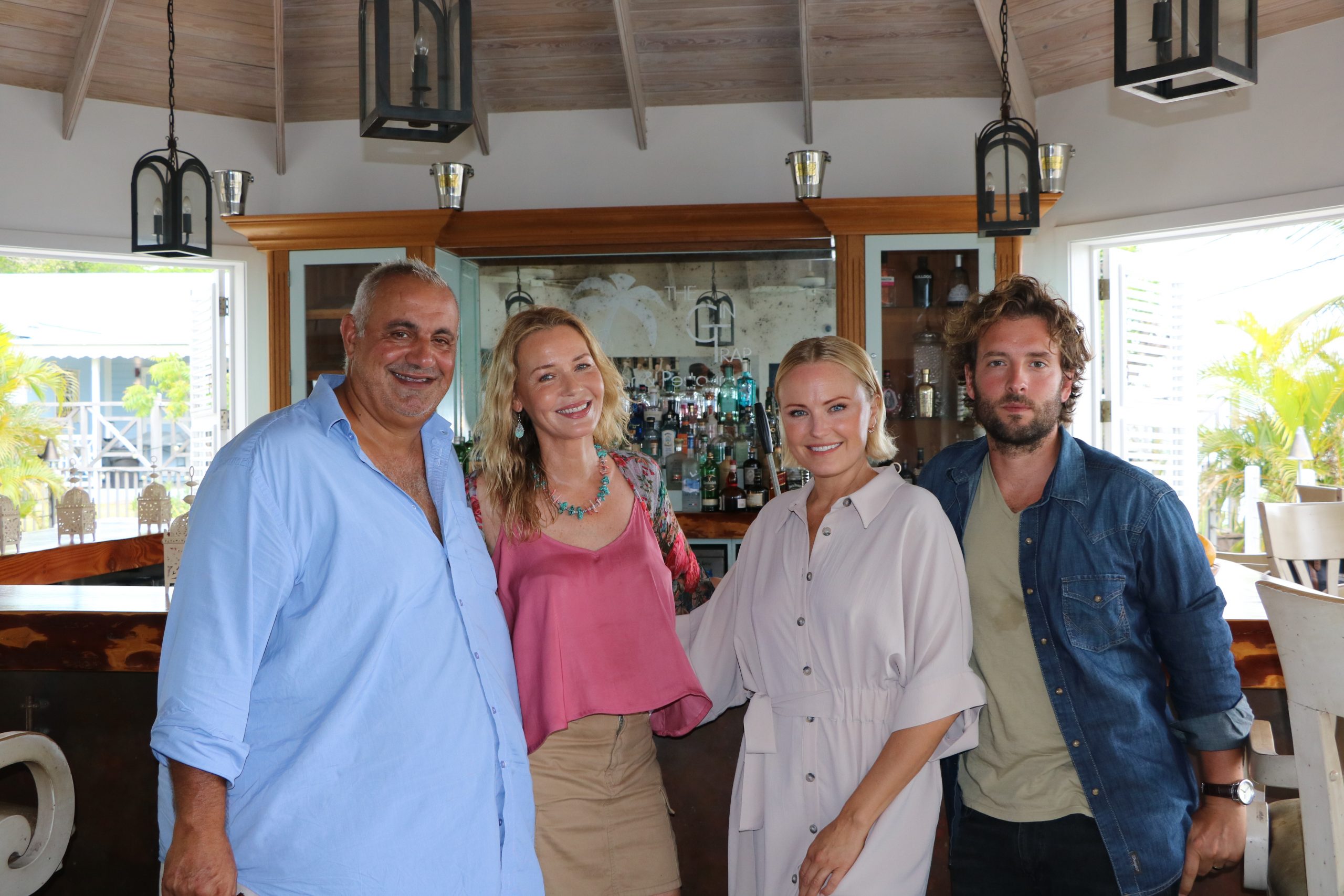 MSR Media Producer Philippe Martinez with actors (l-r) Connie Nielsen, Malin Åkerman, and Jack Donnelly on the set of “A Week in Paradise” being filmed on Nevis (June 07, 2021)

NIA CHARLESTOWN NEVIS (June 08, 2021) – – Several Hollywood actors are in Nevis to star in the new MSR Media romantic comedy “A Week in Paradise”, which started shooting on the island this week.

“A Week in Paradise” is the third successive movie that MSR Media has filmed on Nevis, and is the first film that falls under a recently penned three-year multi-film movie deal between the UK/US-based film production company and the Nevis Island Administration (NIA).

Filming will take place at several locations across Nevis, including the idyllic Chrishi Beach, the iconic Golden Rock Inn and the Vance W. Amory International Airport.

Ms. Åkerman, who spent the first two of her three weeks on the island in quarantine, told the Department of Information that Nevis is “absolutely gorgeous.”

Hon. Mark Brantley, Premier of Nevis and Minister of Foreign Investments and Industry in the NIA, welcomed the actors to Nevis, and invited them to use the opportunity to indulge in some of the wellness amenities available on the island.

“I extend a warm welcome to Nevis to Malin Åkerman, Connie Nielsen, Philip Winchester, and Jack Donnelly, who reflect a stellar cast for this new movie. I hope that they will enjoy all that our beautiful island has to offer not just for work but also to recharge and rejuvenate after the hustle and bustle of Hollywood.”

MSR Media has brought several UK and US actors to Nevis since establishing a partnership with the NIA in January 2021. These include Chad Michael Collins, Jeff Fahey, Nathalie Cox, Poppy Delevingne and Casper Van Dien.