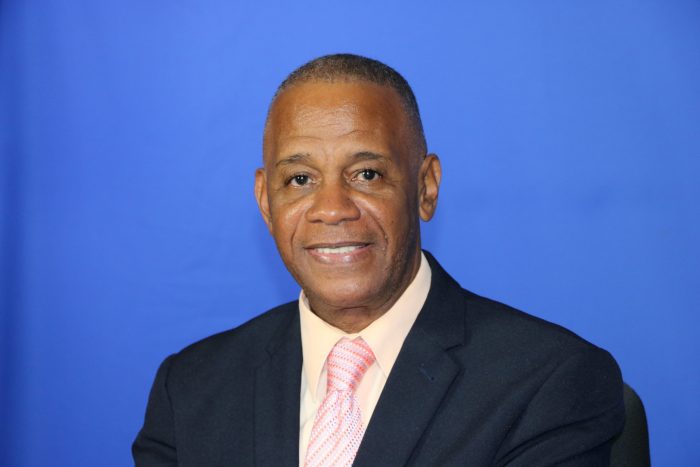 Hon. Eric Evelyn, Minister of Youth and Sports in the Nevis Island Administration

NIA CHARLESTOWN NEVIS (July 12, 2021) – – Hon. Eric Evelyn, Minister of Youth and Sports in the Nevis Island Administration (NIA) has extended congratulations to the two young athletes who will be representing St. Kitts and Nevis at the upcoming Tokyo Olympics.

“I would wish as the Minister of Sports in the Nevis Island Administration to extend congratulations to Miss Amya Clarke for her stellar performance at the [North American, Central American and Caribbean Athletic Association] NACAC in Costa Rica in gaining that silver medal. Of course we know that Amya will also be traveling to participate in the Tokyo Olympics, both herself and Jason Rogers. I want to take the opportunity to congratulate both athletes for making the team to go to the Tokyo Games and I want to wish them every success from all of us in St. Kitts and Nevis,” he said.

Ms. Clarke clinched her inaugural spot to Tokyo this past weekend at the NACAC games, copping a silver medal in the Women’s Under 23 100 meters dash with a time of 11.90 seconds. Rogers qualified at the American Track League in Atlanta, Georgia on July 09 with a time of 10.26 seconds in the Men’s 100m dash.

Both Clarke and now three-time Olympian Rogers will compete in the 100m sprint in the Tokyo Olympic Games July 23, 2021 to August 08, 2021 at the Japan National Stadium.

Minister Evelyn also acknowledged the performance of Nevisian Mr. Leroy Chapman who represented the Federation at the NACAC meet and placed fifth in the Men’s 400 meters final with a time of 50.12 seconds

“I want as well to congratulate Mr. Leroy Chapman from our island of Nevis who was part of the Federation’s team that represented us at the NACAC games. Leroy did not medal but his performance was extremely credible and I know that it was good exposure and a good experience for him.

“Despite the fact that he did not medal I want him to know that he made all of us proud just bearing in mind that he was able to represent us at a continental track event. I want to encourage him and the other athletes to train well so that in the near future they can represent their country in similar meets.”