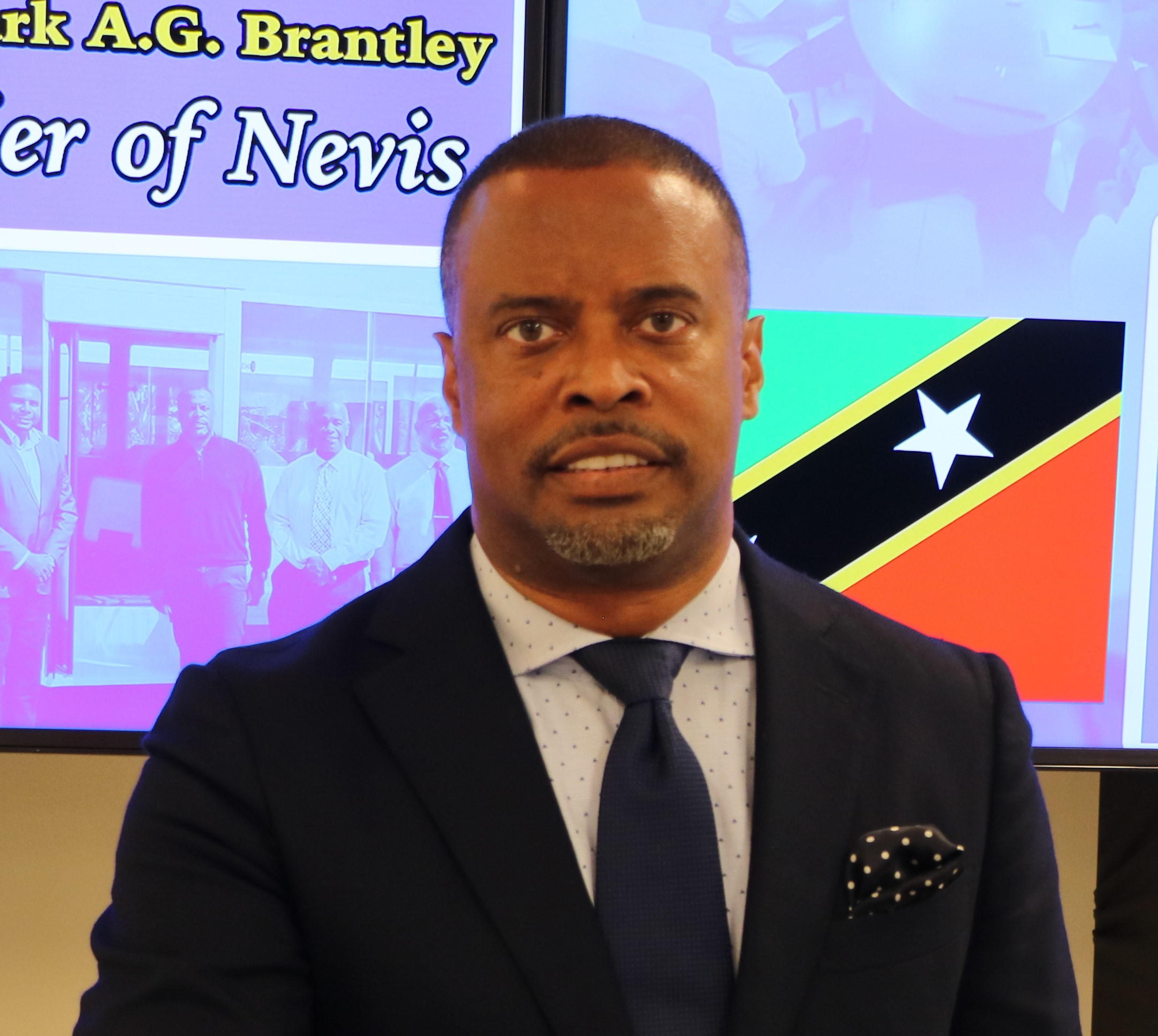 NIA CHARLESTOWN NEVIS (August 11, 2021) – – Hon. Mark Brantley, Premier of Nevis and Foreign Minister of St. Kitts and Nevis is crediting regional diplomatic efforts with the United States of America for the recently announced donation of Pfizer COVID-19 vaccines for St. Kitts and other countries in the Caribbean.

The US government announced Wednesday, August 11, 2021, that it will deliver nearly 837,000 Pfizer vaccines to Caribbean nations. St. Kitts and Nevis, which will be among the first six countries to receive vaccines, has been designated 11,700 doses.

Mr. Brantley said, “I would like to thank the United States and President [Joseph] Biden and his Administration for this tremendous gesture of goodwill to provide vaccines not only to St. Kitts and Nevis but to our entire region.

“St. Kitts and Nevis first raised the issue of the United States sharing vaccines with the Caribbean region as its third border way back in March of this year when I spoke as Foreign Minister to an OAS gathering. I am very pleased since then CARICOM (Caribbean community) has intervened and mobilized our regional diplomatic efforts and several prime ministers, including our own Prime Minister Dr. [Timothy] Harris, Prime Minister Gaston Browne, Prime Minister Keith Rowley of Trinidad and Tobago and so many others have intervened.

“As a consequence of that diplomacy we were advised moments ago that St. Kitts and Nevis is among the first six countries in the region to receive shipments of the Pfizer vaccine.”

Hon. Brantley initiated the region’s appeal for the US to donate vaccines when he presented at a virtual forum themed “Legal Challenges Faced by the Caribbean in the context of the COVID-19 Pandemic”, which was organized by the Organization of American States (OAS) in March 2021.

He first raised the issue with OAS Secretary General Luis Almagro during the panel discussion attended by US diplomats, and subsequently intervened with US Ambassador to the Eastern Caribbean, the OECS and Barbados, Linda Taglialatela on the matter.

According to Hon. Brantley, this donation of the much sought after vaccines is indicative of the efficacy of diplomacy and testament to the strengthening of relations between Federation and the United States.

“We say diplomacy matters because in fact it does. Today, we are reaping the fruits of that diplomatic push. I think it speaks eloquently to the strength of the diplomacy of St. Kitts and Nevis that we were able to lead the charge in relation to the United States donating vaccines to us, but also it speaks to the fact that being among the first six countries to benefit shows a very special relationship that we have been able to develop with the United States.

“And when we contrast that to the relationship that hitherto existed, we recognize the real power of our quiet diplomacy with the United States as the most important ally to St. Kitts and Nevis and to our region.”