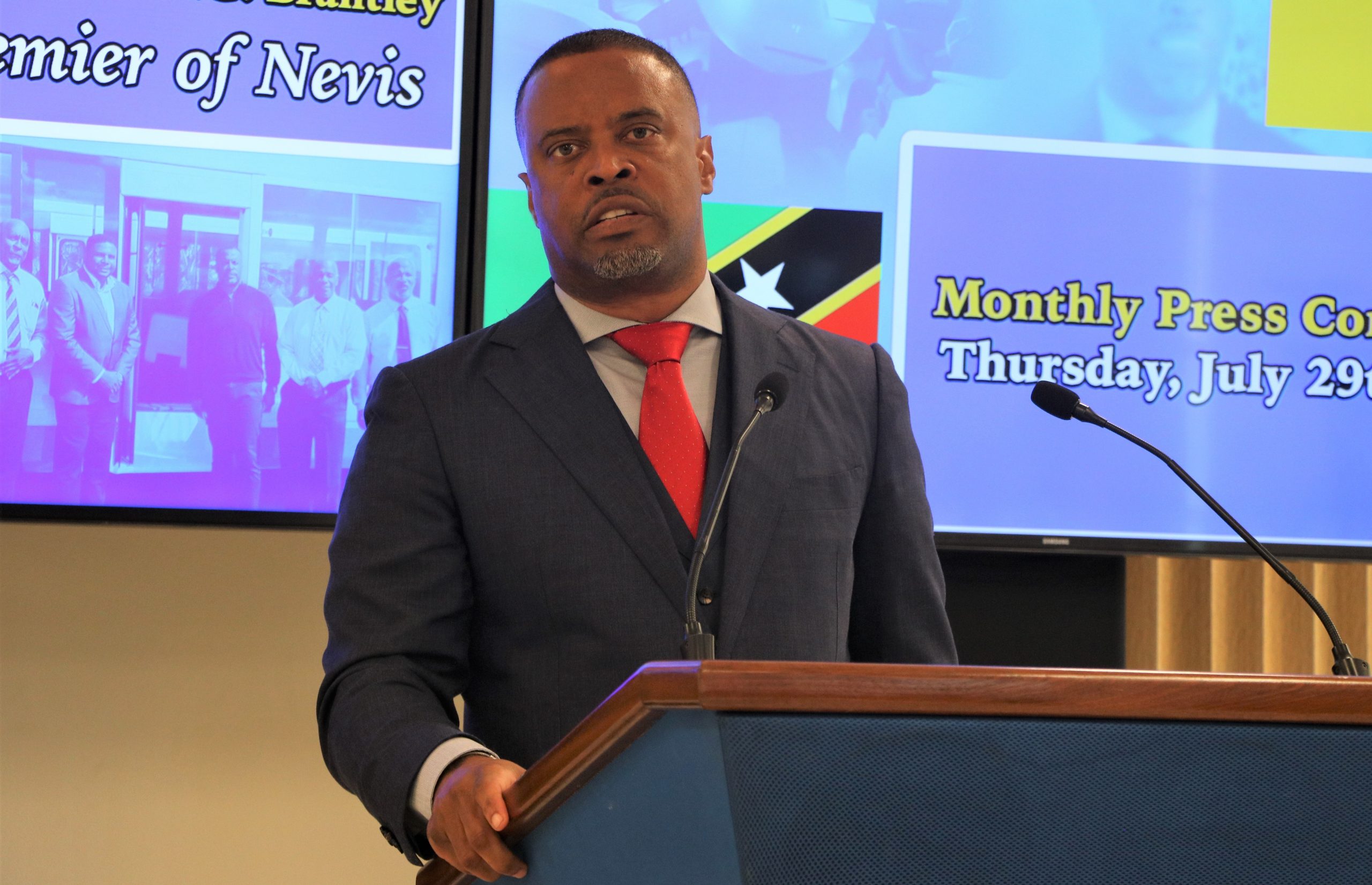 Hon. Mark Brantley, Premier and Minister of Finance in the Nevis Island Administration at his monthly press conference on July 29, 2021

NIA CHARLESTOWN NEVIS (August 10, 2021) – – The Nevis Island Administration (NIA) has forgone more than $7 million in tax revenue in order to stimulate economic activity on the island, in particular the real estate sector.

As part of its sweeping economic stimulus package in the height of the COVID-19 pandemic in 2020, the NIA introduced a waiver of the Alien Landholding Licensing Fee on the sale of existing properties on Nevis.

Non-national purchasing property on the island previously had to pay an additional ten percent to acquire that home. Due to the economic fallout of the pandemic, realtors had indicated difficulty getting the stock pile of property sold.

Hon. Mark Brantley, Premier and Minister of Finance in the NIA, recently revealed that the NIA’s decision to waive the Alien Landholding Licensing Fee had resulted in the movement of $70.6 million worth of property between September 2020 and June 2021.

“I’m very pleased to announce that that initiative managed through the Hon. Alexis Jeffers as Deputy Premier and Minister of Lands and instituted on September 01, 2020, until June 25 [2021], that nine-month period by my tally, that we have been able to approve property on Nevis changing hands to the value of $70,639,880.33. So that’s how much the value of property that has been moved under that particular provision.

“I think it is an indication of thoughtful policy-making that is bearing some fruit, and for an island this size to move $70 million worth of property in nine months is very significant…Ordinarily the government could look forward to 20 percent of that because we get a ten percent Alien Landholding Licensing Fee and we get a ten percent Transfer Tax. So just on that figure, the government, in order to stimulate the real estate sector has foregone that Alien Landholding Licensing Fee, and so that represents some $7 million that has been wiped off in terms of foregone revenue,” he said.

The NIA’s concession has stimulated considerable signs of life in the real estate market. Not only has the waiver saved property buyers a significant sum of the overall cost of their purchases, but it allowed realtors to net handsome commissions.

The Premier encouraged the realtors to pay their taxes to the Inland Revenue Department to ensure they put the government and people of Nevis in a position to benefit from the far-reaching concessions that have been granted.