CHARLESTOWN NEVIS (January 04, 2010) – The Nevis Island Administration (NIA) was commended by a local entrepreneur and businessman for what he described as its key support to the development of small businesses on Nevis.

Mr. Rawlinson Isaac Chief Executive Officer (CEO) of the Sea Bridge (SKN) Inc, a ferry service which provides a 15 minute route to St. Kitts for vehicle owners and passengers, praised the Administration’s efforts in a recent interview with the Department of Information.

“I could never thank Premier Parry… for allowing us the opportunity to develop the thought and the idea of the Sea Bridge. The Nevis Island Administration as far as I am concerned, is the Administration for small business development and I can say that without any water in any corner of my mouth.

The Sea Bridge commenced its ferry service in August 2007 via Cades Bay in Nevis to Majors Bay on the South East Peninsular in St. Kitts. Mr. Isaac described the venture as one which had exceeded expectations so far and had proved to be rewarding. 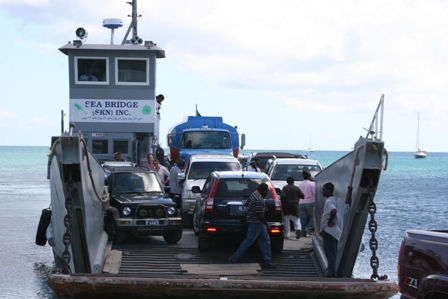 “That was always a pet project which came to fruition and it has exceeded expectations. When we did that project it was in response to the Christophe Harbour Development the government developmental strategy for the South East Peninsular and we said if that is going to happen, Nevis people must benefit.

“We had no intention of having this traffic that we see emerge as a result of the undertaking. It was really to encourage the Lefcos and the Chivertons and so on, to move material both aggregate and building material across to the Peninsular, so that we [Nevisians] got our fair share and if per chance anybody wants to go across, we will provide some human and vehicular accommodations that was it,” he explained.

Mr. Isaac said the project was an instant success from the first day of operations and a decision was taken very early to continue the investment, expand the fleet for greater service and provide employment.

To date the company has invested in excess of $12million in the undertaking notwithstanding the challenges that have been encountered. 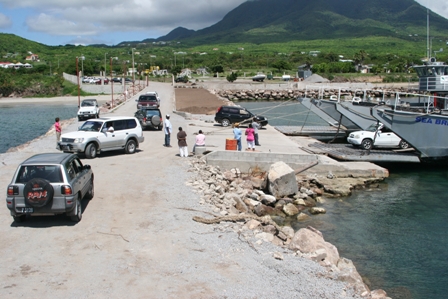 “I think that the more people understand that that is the way forward the better it is for all of us. We are not going anywhere. We either work together or none of us get anywhere and that is going to be the mantra. We work together or we go nowhere together,” he said.

The Business man thanked the people of Nevis and St. Kitts for their support which he described as “tremendous” and noted that the venture would have failed was it not for the unwavering support from individuals who use the service and the commercial sector.

With regard to the future of the Sea Bridge ferry service, Mr. Isaac predicted that it would get stronger.

“When the development takes place over there, everybody is going to want to go through there in order to go to St. Kitts you are not going to go 11 miles… it is the future gateway to St. Kitts and from St. Kitts to Nevis,” he said.

Plans include expansion that would enhance the Nevis tourism product with the addition of a restaurant and a shuttle service from St. Kitts to Nevis for tourist who visit the Federation on cruise ships 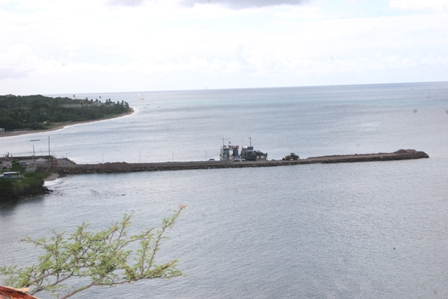 Mr. Isaac pointed to the contribution the Sea Bridge had made to assist workers who had been displaced due to the closure of the Four Seasons Resort. He explained that some of these workers were able to commute to St. Kitts daily at reduced prices to take up employment at the Spice Mill restaurant in St. Kitts.

Continued expansion at the landing sites had also provided employment to heavy equipment operators, truckers and construction workers plus a total of eight persons who had full time employment as crew members.

“So what we are saying there is a benefit for everybody. Can you imagine when the peninsular gets developed there are a number of persons from Nevis who will be able to go across so I think it’s one of the hottest things we are going to see around for a long time.

For me my pride in it as we have as our slogan “Bridging the Gap” is that I can slip across to St. Kitts in 10-15 minutes, do what I have to do in St. Kitts and come back into Nevis almost unnoticed. It is a seamless movement that is what is critical,” he said.

Photo caption: Passengers and vehicles on Sea Bridge 2, the newest vessel to the fleet, about to leave Cades Bay for Majors Bay, St. Kitts