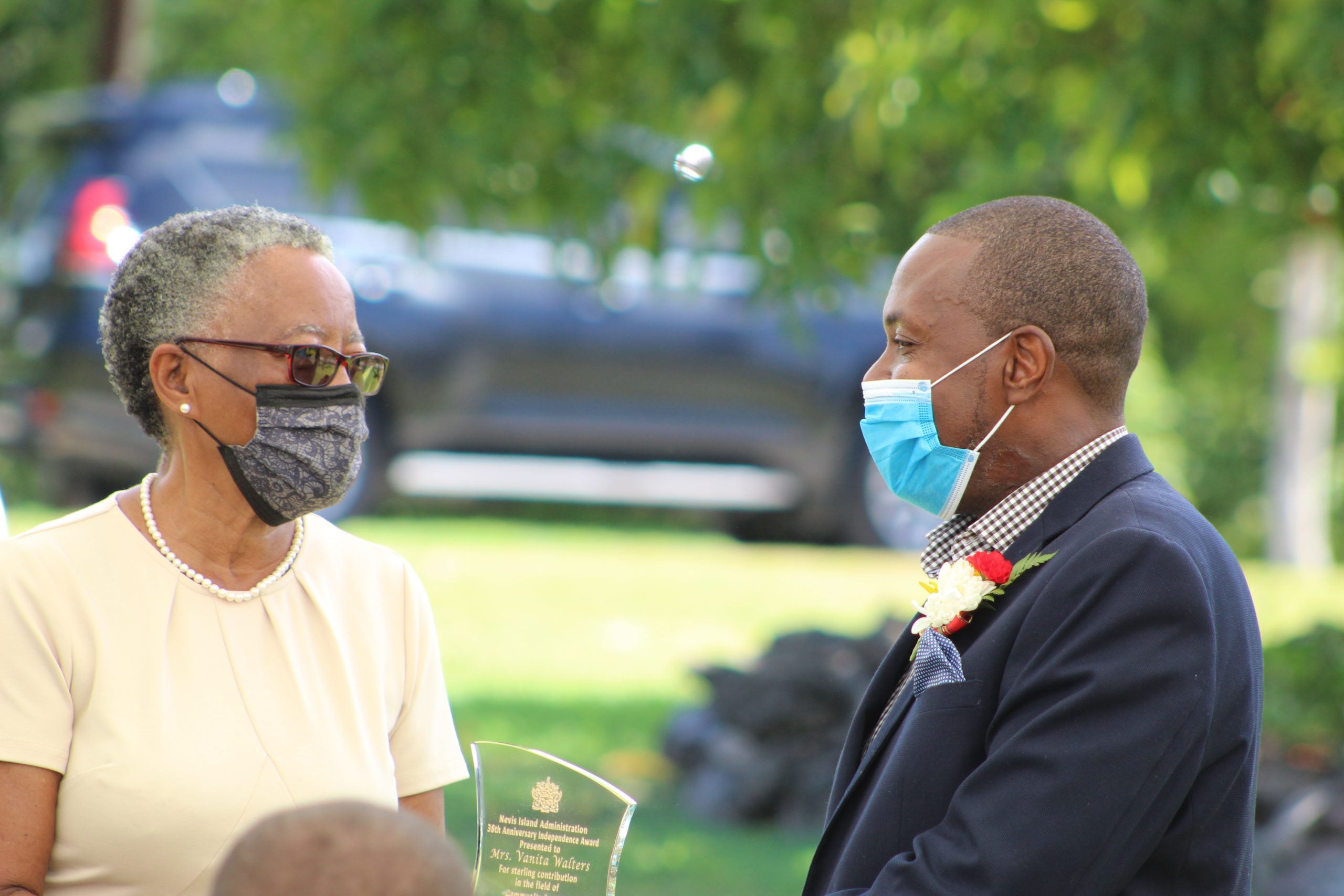 NIA CHARLESTOWN NEVIS (October 04, 2021) — Her love for people and culinary arts paved the way for being honoured during the recent celebration of the 38th Anniversary of the Independence of St. Christopher and Nevis.

Mrs. Vanita Walters of Pond Hill in Gingerland, now a resident of Clay Ghaut Village, was honoured for her contribution to Community Service.

Affectionately known as “Vannie,” she is the first of her mother Ms. Matilda Claxton’s 10 children. She was born at a time when opportunities for work and business in Nevis were scarce.

However, Vannie was the beneficiary of authentic family values from her late grandmother Ms. Augusta Claxton – the principles of honesty, hard work, manners, and respect for others – and also adopted her mantra “charity begins at home.”

From an early age “Vannie” always had an interest in the culinary arts, and spent her entire adult life working in the hospitality industry.

Having left the Gingerland Senior School in the late 1960’s, she worked in the Housekeeping Department at the Zetlands Plantation Hotel for over a decade. Her tenure there, it is believed, inspired the entrepreneurial spirit in Vannie, and in the early 1980’s she started two family businesses – both of them in the hospitality industry – along with her husband Mr. Cardlous Walters.

Hilltop Restaurant at Pond Hill, was established in July 1983, while Hilltop Guest House and Apartments which catered to vacationers and short-term rentals was established around 1990. Both entities have been serving the local and international public for almost 40 years.

Vannie has been a household name for several decades. She has served her community wholeheartedly by committing herself to regularly providing lunches for the elderly, the sick, and shut-ins. Patients at the Alexandra Hospital and residents at the senior citizens homes have always benefited from her generosity.

Mrs. Walters is also known for hosting Christmas treats for the children in the community, and assisting parents with school supplies for their children in time for the new school year.

Many persons in the community look forward to hearing their birthday greetings on VON Radio, a personal hobby that Vannie takes pleasure in doing, simply because of her love for people which is evident in her mantra “It is better to give than to receive.”