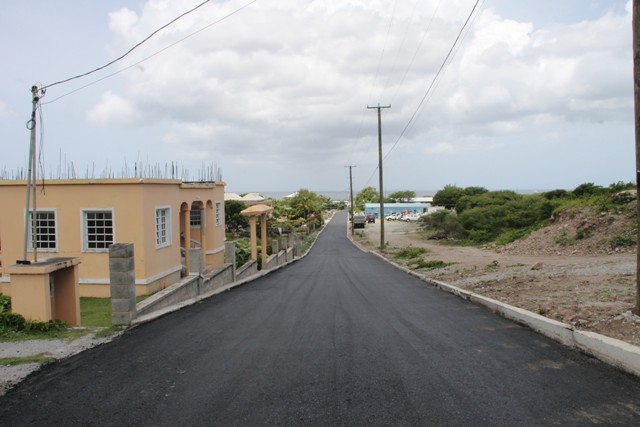 NIA CHARLESTOWN NEVIS (AUGUST 03, 2016) — The residents of lower Farms Estate leading to lower Bath Plain in the Parish of St. Johns, now have a new roadway. The 3000 feet of road was constructed by the Public Works Department (PWD), following repeated requests for relief from the Nevis Island Administration (NIA).

Deputy Premier of Nevis an Area Representative Hon. Mark Brantley while on a visit to view completion works of the six-month project on July 29, 2016, told the Department of Information he was pleased to deliver, in his constituency, on the administration’s promise to address the matter of proper road access throughout the island.

“The good people of Farms, have suffered for quite a long time and they have complained a long time about the condition of the road…

“I am very happy that after some time the Public Works Department and the Nevis Island Administration have been able to deliver on a brand new roadway for them which I believe will enhance property values in this area…It will give some long-awaited relief to the people of this area…I have spoken to some of the residents individually and I can tell you that they are overjoyed at this project that will bring relief,” he said. 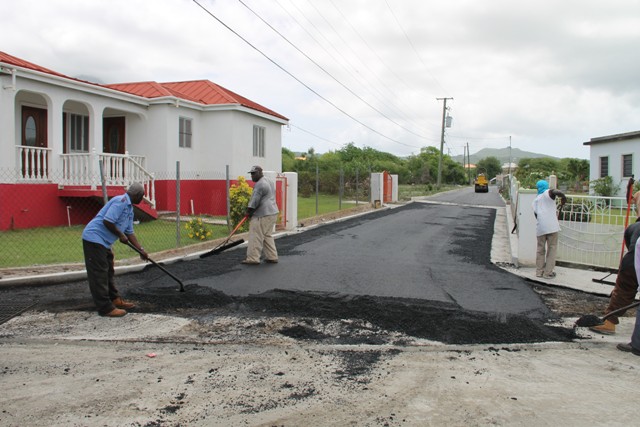 The Area representative explained that Junior Minister responsible for Communications and Works Hon. Troy Liburd through the PWD is largely responsible for the transformation of the road network on Nevis.

He noted that the work is being executed with local expertise, labour and equipment to ensure that the money is spent locally and circulated in the local economy.

Mr. Brantley expressed the view that those who use the new road would see the product as a manifestation of the ability and capacity of the people of Nevis.

He said the Farms road project would also serve as a testament to the administration’s honouring its commitments. 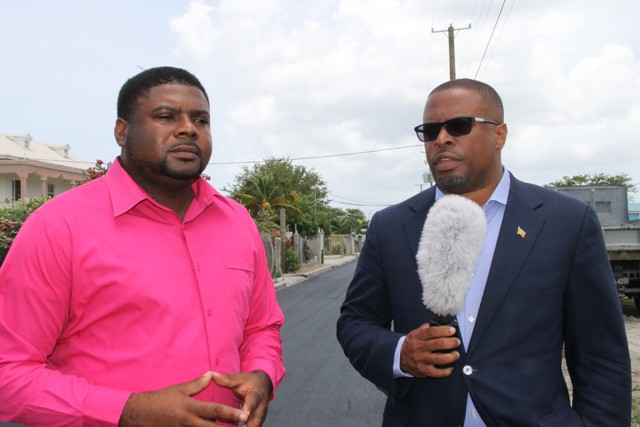 Mr. Liburd who accompanied Mr. Brantley expressed gratitude for the administration’s confidence in the Ministry of Works’ ability, through the PWD and other local agencies, to execute a number of road projects on the island.

He used the opportunity to publicly thank the staff of the Ministry who he says all contribute to the success of the road projects they continue to undertake.

He explained that for the first time, the department used a new product which has resulted in better asphalt paving.

Pemberton thanked the people in the area for their cooperation and understanding during the construction period as they tried executing a speedy construction. He also thanked staff at the Ministry and PWD who worked on the project. 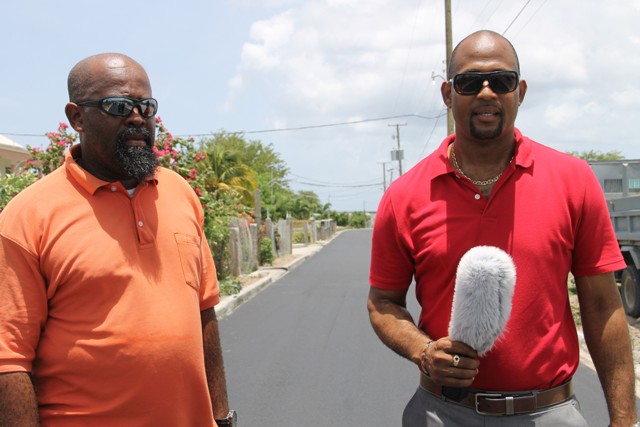 Daniel Williams, PWD Supervisor of the Road Division, said during the project they used 300 tons of asphalt as they tried to complete it ahead of the rainy season.

He said working on the construction and enhancement road projects on the island continues to be a learning experience and thanked the Ministry and the PWD for their confidence in him. 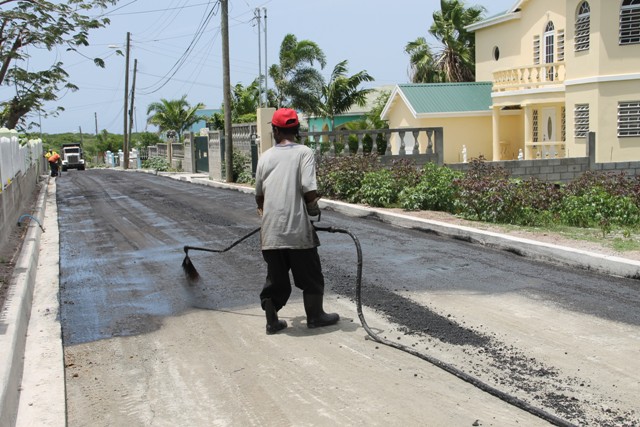