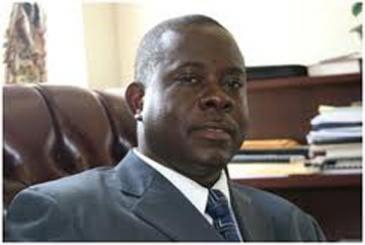 Also in attendance were family members and friends, government ministers, members of the West Indies Cricket Board (WICB), former teammates Chris Gayle and Wavell Hinds, members of the Queen Park’s Cricket Club (QPCC), for whom Morton played for six seasons, and well wishers.

Before leaving for the twin-island nation earlier in the week, Hector said it was important that the Nevis Island Administration and the people of Nevis be represented, as a mark of respect for the cricketing icon, who had helped put Nevis on the sports world stage.

Cabinet Secretary to the NIA Mr. Ashley Farrell announced Tuesday that a condolence book will be in place at the Sports Museum, Charlestown from Wednesday, March 14 at 10am till Friday, March 16 at 4pm.

“At this time the Nevis Island Administration and the family of Runako welcome the general public to sign the condolence book and express their sympathy to the Morton’s at this time of grief,” said Mr. Farrell.

The Nevis Island Administration along with the Morton family are planning an official Open Funeral Service for the Elquemedo Tonito Willett Park in Charlestown on Saturday, March 17, 2012.  Farrell said the time of the funeral service will be announced at a later date.

Morton died in a traffic accident on Sunday, March 4, when the Nissan Tiida he was driving hit a utility pole on the Solomon Hochoy Highway in Chase Village in central Trinidad. He was on his way home in the deep south (Princes Town, San Fernando), after representing his local club QPCC in a cricket match at the Queen’s Park Oval.

Tributes have poured in from all corners of the globe from cricketers who have played with and against him, all attesting to his fierce competitive spirits which earned him such nicknames such as “Warrior” and “King”.

Premier Parry called Morton “a leader” who had made a mark for himself, his family and most importantly for Nevis.

After the funeral service Saturday, Morton will be laid to rest at the St. George’s Public Cemetery, Gingerland – a stone’s throw from Rawlins where he grew up, and the Joycelyn Liburd Primary School where he first learned his cricket skills.