NIA-CHARLESTOWN, NEVIS (July 4TH, 2011) — A heavy downpour of rain in the St. James’ Parish did not stop the commissioning of a state of the art, new asphalt plant for the island of Nevis.

Minister with responsibility for Works, Communications, Public Utilities and Post, the Honourable Carlisle Powell, and Federal representative for the St. James Parish, the Honourable Patrice Nisbett, on June 24, flipped the switch on an ADM SPL 110 portable Asphalt Drum Mix plant.

The Public Works Minister, with the support of members of the Nevis Island Administration’s [NIA] Cabinet, permanent secretaries [PS], civil servants, representatives from the Nevis Electricity Company Limited [NEVLEC] and Surrey Paving and Aggregates Company Limited, assembled at the plant site at New River Estate for the commissioning ceremony.

The elated Public Works Minister said the purchase of a new asphalt machine would mean “more roads for Nevis” adding that his administration had repaired and constructed “in excess of 25 miles of road throughout Nevis.” 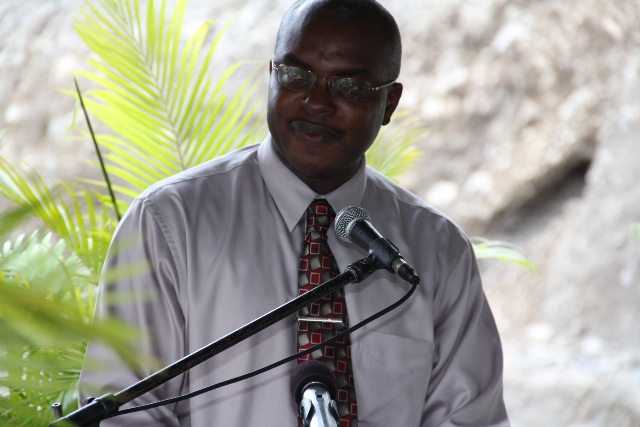 “In every single parish in Nevis we have built roads and we have done this because the people of Nevis have high expectations of this government and as such, whereas they probably expected us to build about 10 miles of roads, we have superseded that,” Minister Powell said adding that the NIA has plans of further improving the island’s road network.

His ministry, he said, was pleased to bring relief to the hardworking staff at PWD.

“The reason why we are here today is because the Public Works Department’s staff, who worked and operated the European-manufactured plant, has indicated that the [old] plant had served its time, hence the need to acquire a new plant,” he said. 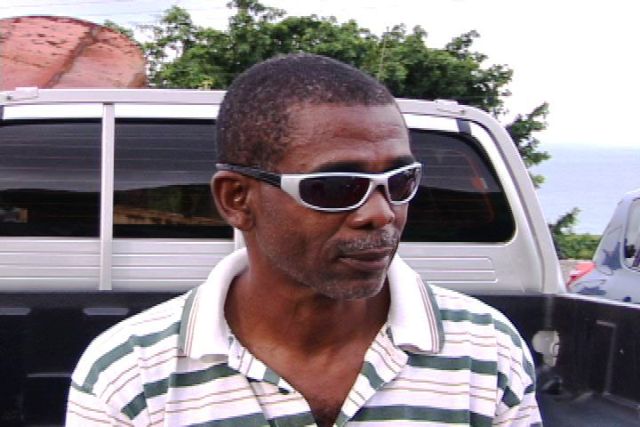 Chauffeur and Plumber’s Attendant at the Department of Public Works, Mr. Eugene Weekes

While outlining the logistics of the newly purchased equipment, PS Stapleton underscored that “the technical staff” within the PWD was part of the entire decision-making process.

“The ministry, having listened to the Public Works Department, conducted some research and with assistance from the Nevis Housing and Land Corporation and Surrey Paving and Aggregates Company Limited, obtained quotations from companies out of Europe, India, Mexico, Brazil and the United States of America,” PS Stapleton outlined.

The previously used 1993 model asphalt plant was purchased in 1997 and commissioned in 1998.

Chauffeur and Plumber’s Attendant at the Department of Public Works, Mr. Eugene Weekes, who was the recipient of the Community Service Award at the 27th anniversary Independence Parade and Awards Ceremony, said the purchase of a new asphalt plant for Nevis was “a great thing.” 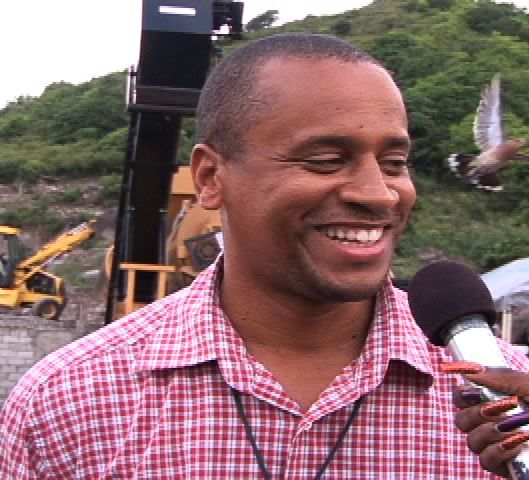 Manager of the Vance W. Amory International Airport, Mr. Stephen Hanley, also spoke with excitement of the new plant with hopes that “it would be used by the airport in the very near future.”

“At the airport, we’ve had our challenges with the plant, not directly but indirectly. In 2009, we tried to do some rehabilitation works of the asphalt.

“With the constant breakdowns, we can’t do proper planning with regards to the rehabilitative work at the airport if the plant continues to go down so we think this is a good move for us to get a new plant,” Mr. Hanley explained.