He then invited his colleague candidates, the Hon. E. Robelto Hector (St. Paul’s), the Hon.
Hensley Daniel (St. John’s), Patricia “Patsy” Hanley (St. George), and Attorney General the
Hon. Patrice Nisbett (St. James) to give account of their stewardship, and present plans for their
various constituencies in a new administration.

Writing in the foreword to the Manifesto, Parry said, “Nevis has a critical date with destiny
on Monday, July 11, 2011. On that day, the Nevisian electorate will return its verdict on the
performance of the NRP administration over our five-year term”. 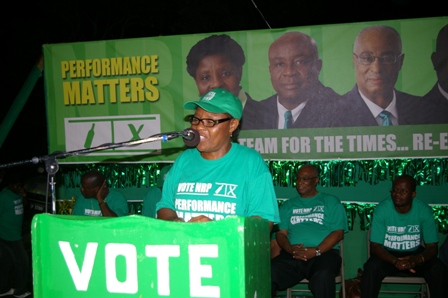 He continued, “Five years ago, on Monday July 10, 2006, Nevis experienced what turned
out to be a pivotal date with destiny. On that day by our considered judgement expressed in
their collective will, and by the grace of the Almighty, the Nevisian people returned the Nevis
Reformation Party to government after 14 years”.

“The Nevisian people exercised sound judgement and foresight in the 2006 Nevis Island
Elections in determining that the NRP should form the government. In the 5 years since then,
Nevis has been profoundly transformed. It is better now for Nevis; and the best will come should
you renew the NRP’s mandate to govern”.

Parry also charged, “Undecided, CCM or NRP, you will find it difficult to conclude that another
team could have out-performed the Nevis Reformation Party administration. Everything we have
done, we have done it for you: and nobody could have done it better”. 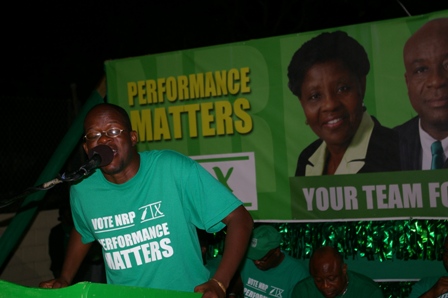 He challenged the electorate, to” Give us the opportunity to continue the work. Vote for Nevis.
Re-elect the NRP”.

The Manifesto, a 46-page document, captures the outstanding achievements of the NRP in its
first term of office, and outlines the plans and programs for the next five (5) years. It includes
….glossy pictures, because “eyes don’t lie”

In an interview with the Department of Information on Monday morning, Premier Parry
said, “The Nevis Reformation Party believes our programs for further national renewal meets the
big challenges facing Nevis, with proposals that are ambitious, but affordable, and which learn
both from what the NRP has done well, and the lessons we take from our experience to date”.

According to the Premier, “It is a Manifesto to further our goal of a modern, progressive Nevis,
based on the values of fairness, respect, decency and openness”. 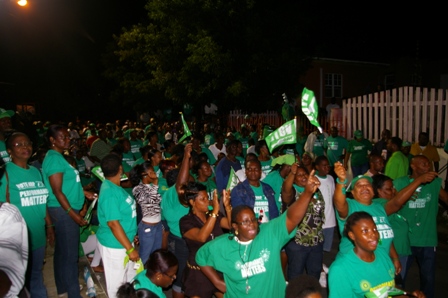 “Our Manifesto will set out plans to address the main future challenges we face in our economy,
our society and our politics,” stated the Hon. Premier.

The Manifesto devotes segments, to among other things: Rebuilding the Economy, Tourism
Development, Renewing our Society, Education and Excellence, Youth Empowerment, Clean
Energy Initiatives, The Elderly and Sports.

Among the major projects proposed, is the development of the six-star Aman Resort in Indian
Castle (St. George), construction of a high-end shopping mall in downtown Charlestown, and the
realization of geothermal power servicing the island grid, making Nevis the first “green country”
in the Caribbean, while reducing electricity bills by 40 percent. 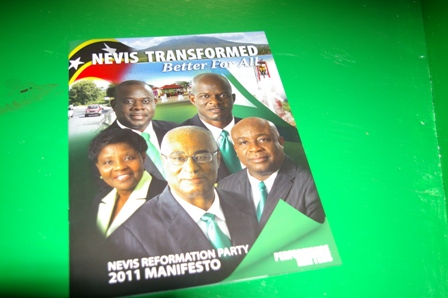 To read a copy of the NRP manifesto please visit www.nrpnevis.com, or visit the NRP Campaign
Headquarters to collect your personal copy.