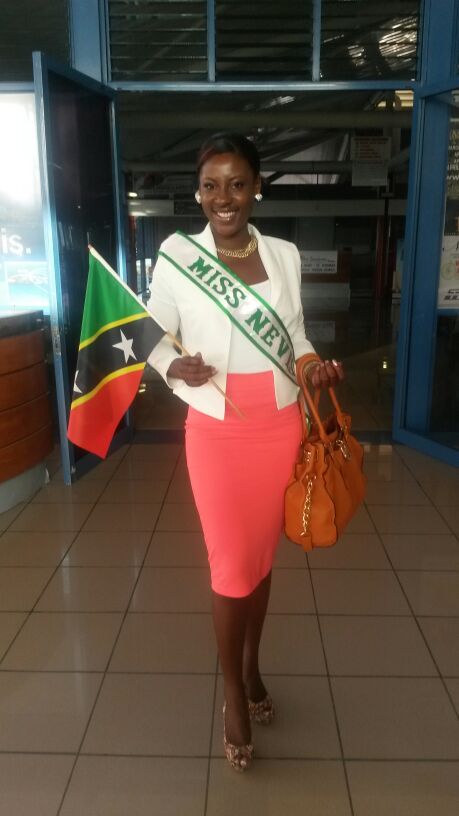 Reigning Culturama Queen 2013 Jomelle Elliott leaving the Vance W. Amory International Airport for St. Maarten on April 24, 2014
CHARLESTOWN NEVIS (April 24, 2014) — Reigning Culturama Queen 2013 Jomelle Elliott left Nevis on April 24, 2014, for St. Maarten where she will represent Nevis at the 19th annual Miss PJD2 Caribbean Queen Pageant. It will be held on April 27, 2014 at the St. Maarten Festival Village.
Deputy Premier of Nevis and Minister of Culture Hon. Mark Brantley in a statement on April 24, 2014, noted that Elliott’s participation in a regional contest was in keeping with a promise kept by the Nevis Island Administration (NIA).
“This Government committed that our pageant winners must be ambassadors for the island throughout the region and the world. I am pleased that we have kept the commitment and that our reigning Queen Ms Elliott is headed off, yet again, with our full support to represent our beautiful island,” he said.
Meantime, Executive Director of the Culturama Secretariat Abonaty Liburd noted that the St. Maarten pageant would be the first regional engagement outside St. Kitts and Nevis the Nevis Queen would participate in and called on Nevisians at home and in the diaspora to throw their full support behind her.
“I am calling on all Nevisians living in St. Maarten to go out and lend their support to Miss Culture 2013, as she represents Nevis in her first overseas regional pageant. 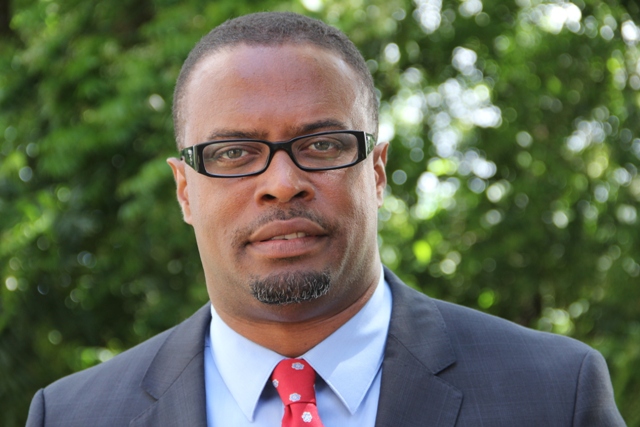 “The Nevis Culturama Committee joins with the people of Nevis to wish Ms. Elliott every success in the upcoming contest,” he said.
The Miss PJD2 Caribbean Queen Pageant will be hosted by the PJD2 Radio as part of St. Maarten’s 2014 Carnival celebrations, under the theme ‘Confidence, Beauty and Respect”. It will be streamed live on ww.sxmcarnival.tv from 8p.m.
Elliott who is accompanied by her chaperon Tesia Burton, is expected to return to Nevis on April 28, 2014. 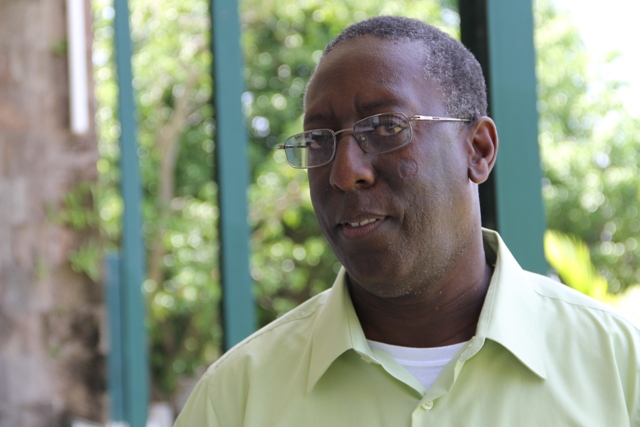