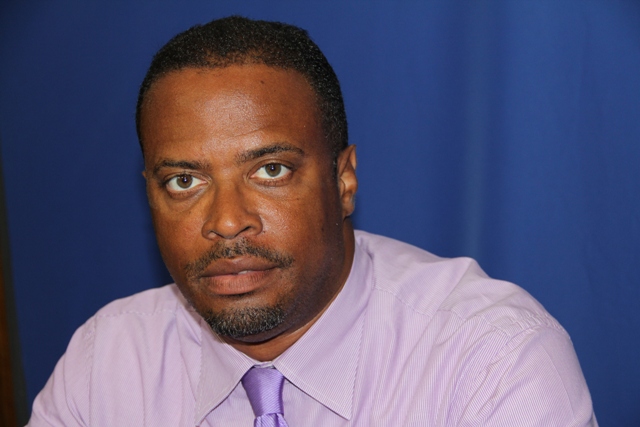 Deputy Premier and Minister of Health in the Nevis Island Administration Hon. Mark Brantley (file photo)
NIA CHARLESTOWN NEVIS (April 22, 2014) — The Nevis Island Administration (NIA) plans to deliver a waste to energy plant on the island shortly.
The disclosure came in a televised address by Deputy Premier and Minister of Health Hon. Mark Brantley in observance of Earth Day 2014, on April 22.
“Your Government is poised shortly to deliver a waste to energy plant to the island which will alleviate much of our waste issues and allow us to gain a small amount of renewable energy as well from the process,” he said.
In addition, Mr. Brantley stated that out of the impending joint venture, the Administration also expected additional trucks which would make way for a more efficient waste management system.
However the Minister stopped short of a date for the commencement of the venture but did say, that he hoped to provide firm details soon on a start date for the public.
Mr Brantley also announced the enforcement of the Litter (Abatement) Act, 1989.
“Your Government has also decided that just like sand mining, the laws against littering have to be enforced. As a consequence, persons found littering or dumping waste illegally will be prosecuted to the fullest extent of the law.
“Of course we hope that any members of the public engaged in such behaviour will cease and desist now so as to avoid any trouble with the law,” he said.