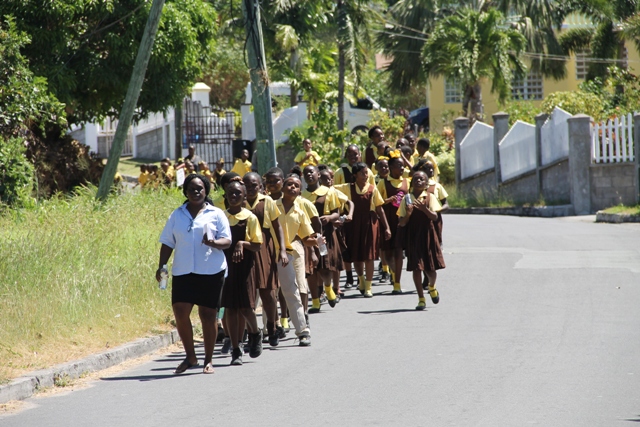 NIA CHARLESTOWN NEVIS (March 12, 2019) — The Nevis Disaster Management Department (NDMD) is expecting participation on Nevis in CaribWave 2019 to exceed that of 2018, when the annual tsunami readiness exercise is carried out throughout the region between 10:05 a.m. to midday on March 14, 2019.

Mr. Brian Dyer, Director of the NDMD, spoke of the expected increase participation when during an interview with the Department of Information recently, ahead of the staged exercise with the Caribbean, North America, South and Central American countries.

“Last year’s exercise we saw 1,800 persons taking part. This year we are trying to get over 2,000 persons to participate in this exercise. So it is important for us to get the word out and to get persons involved in practising the evacuation processes in the event of an actual event occurring…

“For persons interested in participating in the event, they can contact the office on 469-1423 and lodge their name and phone numbers with the secretary at the department,” he said.

This year the Nevis Disaster Management Department and the National Emergency Management Agency on St. Kitts have selected the scenario in which an 8.5 earthquake occurs off the northern coast of Panama and generates a tsunami wave that could impact the islands.

Mr. Dyer explained that the event provides an opportunity for countries across the region to exercise their preparedness and level of communication between the Pacific Tsunami Warning Centre and the tsunami warning focal point on each island, and the communications between the tsunami warning focal points and the disaster management entities on all the islands.

The NDMD Director noted that the department had already been in contact with stakeholders in the relevant coastal areas that would be affected during the simulation exercise.

“On Nevis we have contacted our stakeholders and members of the community from the area to the north such as Potworks, Brick Kiln, Barnaby, right through the southwest coast of the island down to Long Point. We have contacted all entities because we would like to see a larger participation this year as compared to previous years,” he said.

Mr. Dyer noted that safe sites have also been identified for persons evacuating to report to. On arrival at the designated sites, persons would be on hand to conduct a registration process for a tally at the end of the exercise. That figure would be reflected in the department’s report to the international organization of the number of persons who actually participated in the event.

The department has also held a planning meeting with stakeholders and persons who intend to participate. Discussions included what it entails in receiving the information, the analysis that goes on, and then the dissemination of the warning message to evacuate.

Meantime, Mr. Dyer encouraged the motoring public to be mindful of the exercise and to take precautions.

“We would also appeal to motorists that persons would be evacuating from low-lying areas to the safe sites that are established on the map. There are also non-traditional safe sites that are 100 feet above sea level. Some persons would be utilising those safe sites, so we would ask the motoring public to be careful and to be mindful of persons evacuating from these low-lying areas to areas of higher ground during the exercise,” he said.