: Mr. Brian Dyer, Director of the Nevis Disaster Management Department at the Department of Information on August 14, 2017
NIA CHARLESTOWN NEVIS (AUGUST 16, 2017) — The Nevis Disaster Management Department (NDMD) is encouraging the Nevisian public to be in a state of readiness at all times and to pay attention to reports because over the hurricane season, situations could change at a moment’s notice.
Director of NDMD, Brian Dyer’s advice came on August 14, 2017, during the peak of the hurricane season, in the wake of a recent National Oceanic and Atmospheric Administration (NOAA) announcement, indicating there is an eight percent chance the 2017 Atlantic Hurricane Season would be an above average season.
“This is an increase by two named storms of their previous prediction that was made in May of this year. They are now predicting 14 to 19 named storms, of which, 12 to 14 could become hurricanes and of that amount, two to five will become major hurricanes, indicating with winds above 150 miles per hour or Category three.
“With these changes we continue to advocate to the Nevisian public and the public at large, that we should be in a state of preparedness and readiness at all times,” he said. 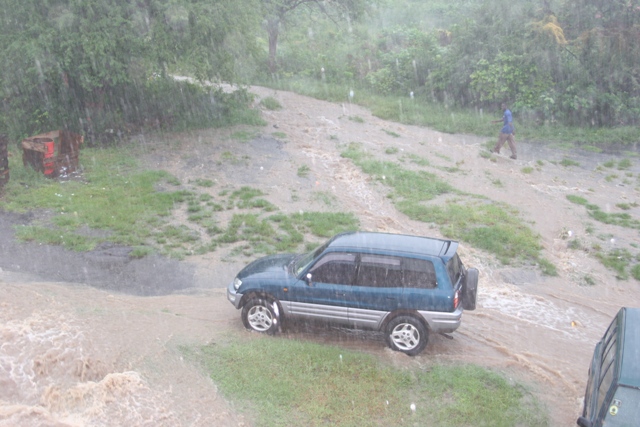 Mr. Dyer explained that there is a list of actions from the Department that can be taken prior to, during and after the approach of a storm and persons should revisit that list to ensure they are in a state of readiness.
“In fact, speaking specifically, we need persons to ensure that the disaster home plans are in place. Their communications plans are in place, in the event that disaster strikes, when they are not at home.
“You should be able to locate your children or your children should run to safety at some pre-known position within the community, or at large, within the immediate environment,” he said
Regarding flooding, Mr. Dyer stated that persons should be proactive in cleaning their drains, trimming trees around their homes and refrain from dumping in ghauts and waterways around the island.
He said the public should assist the NDMD and the Public Works Department, Physical Planning Department and the Nevis Solid Waste Management Authority in ensuring a cleaner environment in an effort to minimise the impact of flooding and flood damage, in the event they occur.