Ongoing demolition work on August 15, 08, 2017, on the site of the Reconstruction of Treasury Building Complex Project next to the George Mowbray Hanley Market Complex (Charlestown Public Market)
NIA CHARLESTOWN NEVIS (AUGUST 15, 2017) — An official in the Nevis Island Administration (NIA), is giving the assurance that the Reconstruction of Treasury Building Complex Project will not undermine Charlestown’s unique architectural and historical integrity.
Colin Dore, Permanent Secretary in the Ministry of Finance, told the Department of Information on August 15, 2017, that the EC$8 million project, EC$6.5 million funded by the Sugar Industry Diversification Fund (SIDF) and EC$1.5 million by the NIA, was delayed to incorporate ideas put forward by the Nevis Historical and Conservation Society (NHCS) and other historical interest groups.
“We made some adjustments to basically work along with what the NHCS had in mind and wanted, as we know they are working on this project for the inscription of Charlestown. We want to ensure that the architecture of this building did not in any way hamper their ability to get Charlestown inscribed. 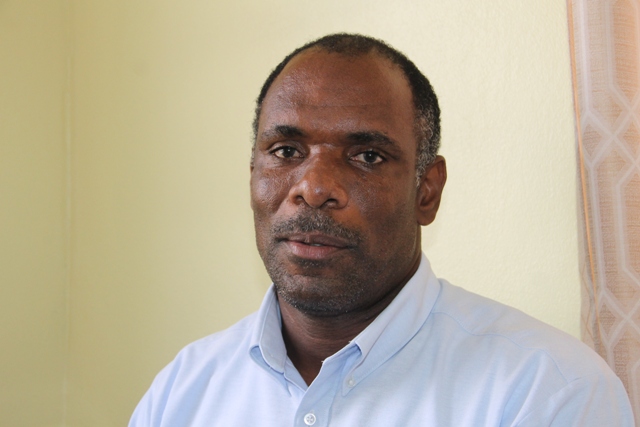 “It is a big project for them and so we are working alongside them. We are making the adjustments based on what they had requested. We believe we have come to a compromise and I want to assure them that everything has been done to ensure that the architecture of the building stays within what traditional downtown Charlestown is known for,” he said.
In a press release earlier this year the NHCS had called on the NIA to take into consideration the need to preserve the authentic integrity of Charming and Historical Charlestown, in light of the fact that Nevis is actively seeking World Heritage Site status which would lead to increased visitor revenue and international attention for Nevis.
Demolition work on the project site, next to the George Mowbray Hanley Market Complex (Charlestown Public Market), commenced on August 13, 2017, and it is expected to be completed by August 20, 2017. 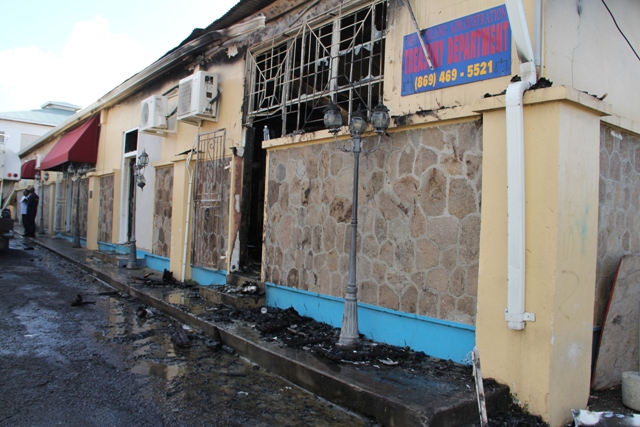 Construction work for the project is slated to commence at the end of the demolition process. It is expected to be completed 18 to 24 months after the project commences.
A previous structure on the site housed the Treasury and Inland Revenue Departments and Philatelic Bureau before it was gutted by fire some years ago and was not salvageable. Hence the Administration’s decision to rebuild the facility.
The reconstruction project is part of the Capital Budget put forward by the NIA in 2017. It is the last of a number of projects funded by the SIDF to get started.
Mr. Dore stated that the Administration’s Cabinet is expected to award the tender for construction at its next meeting scheduled for next week. The project had been out for tendering since the end of June. Bids have since been submitted for further approval. 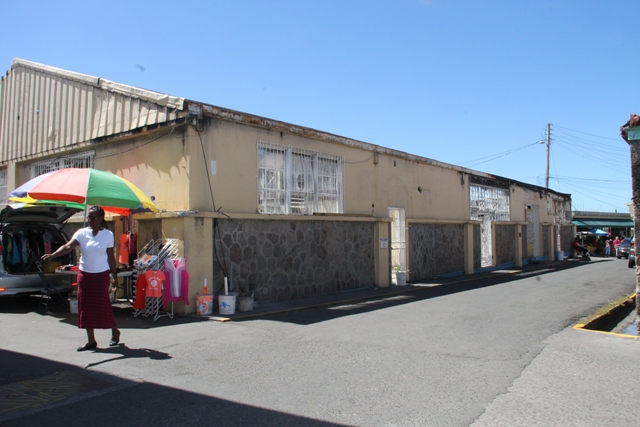 Meantime, Mr. Dore said the administration has endeavoured to stay within the 30 to 36 feet height limit requirements by the Planning Department.
“We have worked with the architect to ensure that the building, when completed, stays in that height limit.
“Normally, they [Planning Department] would use the Courthouse as the highest point and the architect has assured us that based on the drawings, it will not exceed the Courthouse or the Cotton Ginnery Complex which is next to it,” he said.