NIA CHARLESTOWN NEVIS (January 29, 2016) — Ministry of Agriculture in conjunction with the Nevis Housing and Land Development Corporation held its Ground Breaking Ceremony for the extension of the Abattoir. This event took place at the Abattoir Division Grounds on January 26, 2016.

Manager of the Abattoir, Mr. Garfield Griffin said due to limited space, meat processing and meat cutting had to be done in a single space. The Division realized that there was need for expansion.

According to Griffin, a discussion with Hon. Alexis on the problem of space led to Jeffers acceptance of the proposal for expansion hence the ground breaking ceremony.

Meanwhile Minister of Agriculture, Hon Alexis Jeffers said discussions on the extension of the Abattoir started six months ago and the ground breaking ceremony marks the official start of the project. 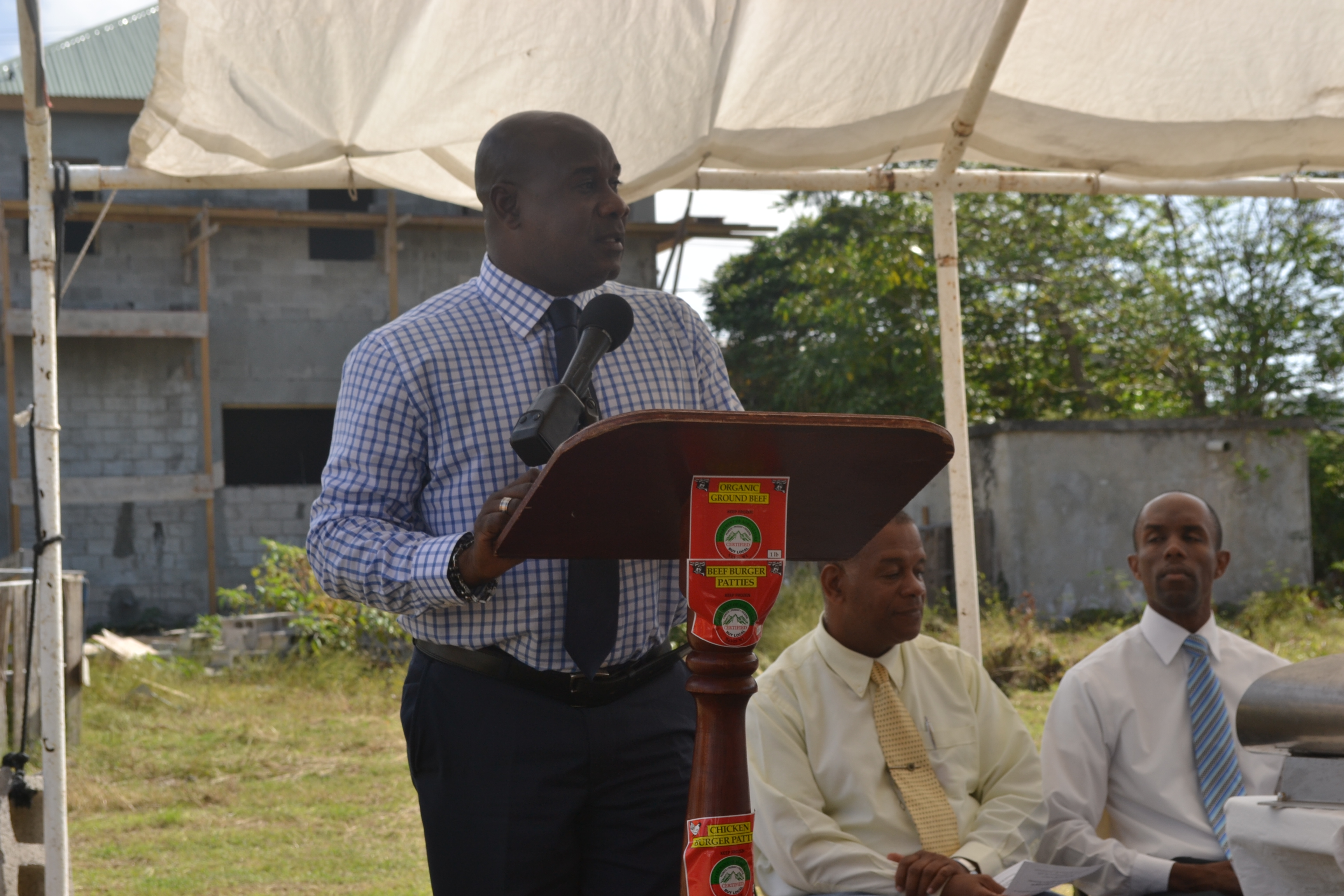 According to Jeffers, the Forage Banks established on Maddens and Indian Castle Estates and the extension and refurbishment of the Veterinary Clinic located on the boundary of the Abattoir Division Grounds are a part of the linkage to provide the service of keeping the animals healthy.

“We are doing what we feel is necessary here to not only bring to you quality products but when it is done Prospect would be considered a signature statement in Agriculture on the island of Nevis.”

During this time Edmund Jeffers, Contractor for the Nevis Housing and Land Development Corporation, describes the Abattoir Extension Project as an addition of 67ft. long by 64ft. at its widest point.

According to Jeffers, the structure will be fitted with a smoke house, smoke room, production room, a walk – in freezer and staff room.

He also indicated, the project is expected to begin on February 01 and is scheduled for completion in 28 weeks. He projected that it will be ready for occupation by mid August.

Also Permanent Secretary in the Ministry of Agriculture, Mr. Eric Evelyn in welcoming the development, says that practically every year, the Abattoir adds new products to its existing line resulting in a need for more space for processing and storage of the Department’s products.

According to Evelyn, the Ministry, in an effort to meet the growing demands of the market, is extending the Abattoir. 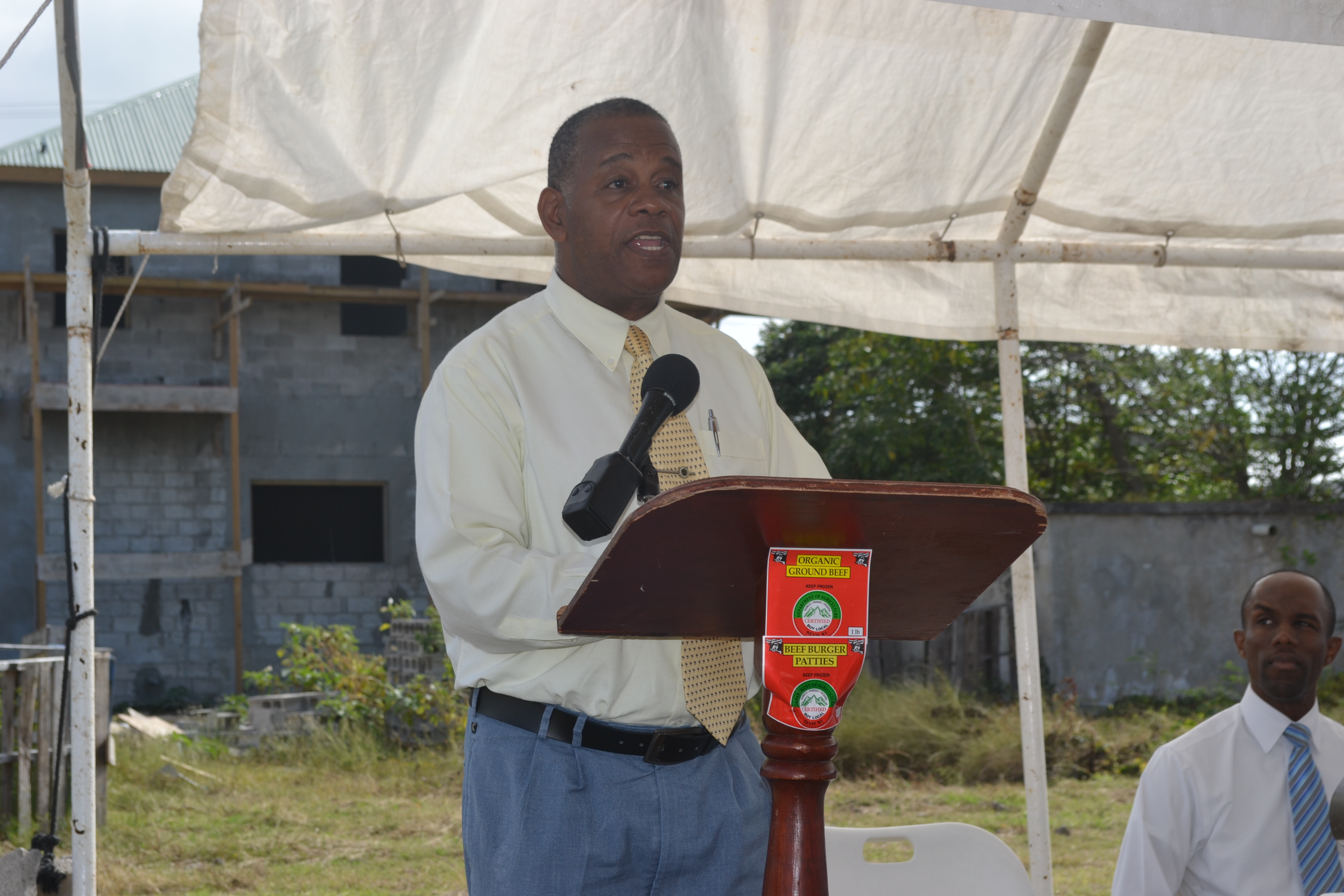 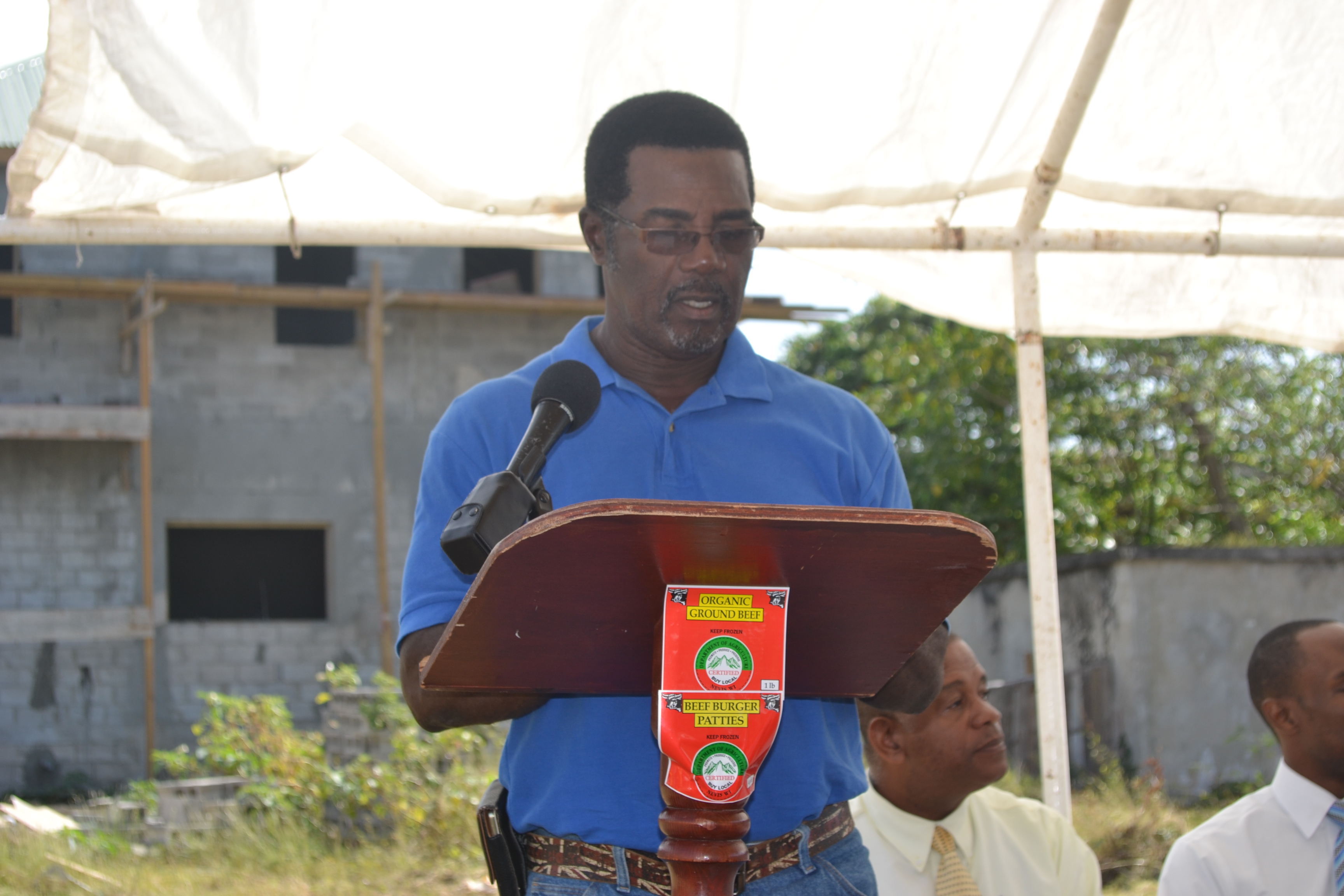